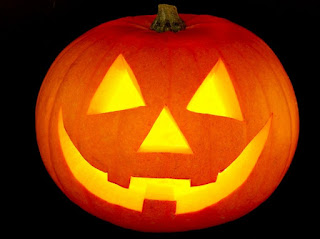 This time of year, as well as bringing herds of small children demanding sweets, also tends to bring out Christian ruminations on the advisbility of celebrating ghouls and the occult.

Whilst there's clearly some issue involved in being over fascinated with supernatural evil, I've always rather enjoyed the celebrations, particularly when our children were younger. I was rather relieved to discover this enjoyment was shared with Russell Kirk:

As a teller and writer of ghostly tales, I celebrate Halloween with enthusiasm. Every October 31, as many as 400 trick-or-treaters have found their way to our tall Italianate house in a decayed village in Michigan these past two decades, and we have both tricked and treated them, to their dreadful joy.  Such amiable festivities are vanishing altogether nowadays from American cities, supplanted by annual holocausts.

In essence, I don't see in principle anything more wrong in dressing up as devils for Halloween than in dressing up as devils for the medieval mystery plays. I suspect there's a deep truth buried here should the effort be made fully to dig it out: how a genuinely and deeply Christian culture can afford to be playful and imaginative in its treatment of evil, without losing sight of its essential wrongness. Instead of modern horror where there is too often a simple revelling in the brutal or sordid, the secular but truly Christian world can allow itself a moment (and even the risk) of getting lost in evil, secure in the knowledge that evil is ultimately defeated by good, just as Halloween is followed by All Saints' Day. The Church may not always have known what to make of the details of folk Catholic Halloween, but the basic pattern was there: Christ and his saints rescue us from the chaos of night, even if that chaos has to be imaginatively lived out before the rescue can be fully appreciated.

We've lost the ease with which peasant Catholicism handled an enchanted world, and instead are forced to stammer our way through it as if speakers of a foreign tongue, nervous of making a mistake. The actual practice of societies more comfortable with their Catholicism than ours can be instructive.

I hope you enjoy what's left of Halloween. And remember that tomorrow, the Feast of All Saints, is a holy day of obligation and you go to mass. 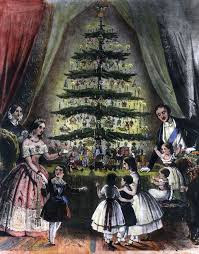