Guess who won’t be coming to dinner... 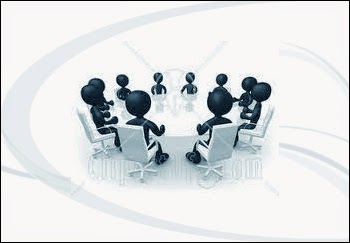 Should Catholicism expect a seat in the new ?


Gerry Hassan had an interesting piece in The Scotsman on Saturday (here) bemoaning the vitriolic nature of political debate in .

One of the reasons I started this blog was a desire to a) take part in the construction of a level of political debate in Scotland that was not so much focused on the ephemera of immediate party politics but on longer term reflections about Scottish (and Western) society; and b) make sure that Catholicism had a role in that debate.

To the extent that Hassan is arguing for a deeper, more reflective Scottish politics, who can disagree? Both in and the in general, a lot of what passes for politics is daily jockeying for position between the parties, mainly done with an eye for immediate success in the opinion polls. There is nothing wrong with that per se, indeed it’s an essential part of parliamentary democracy, but if it’s the only game going on, then there is a difficulty.

In , there is the additional problem that we are only gradually developing a functional political culture after many years when power and reflection on power has been centred in . Now that some powers are invested in the parliament and more are likely to arrive in the near future –whether by way of increased devolution or independence- we are only gradually developing that sort of deeper, surrounding political debate and the institutions for such a debate.

So quite right on the need for deep, reflective politics. But one aspect of the article deserves more careful scrutiny.

While we believe we are a friendly, warm, welcoming people, the other side of our society is a shaming record of violence, crime and alcohol abuse which is off the record compared to others.
Some of this echoes Carol Craig’s analysis in The Scots’ Crisis of Confidence, just reprinted in a revised second edition. She argues that it is commonplace for people to be labelled and judged worthless and traces this back to ’s religious past and the division into the saved and the damned.
I don’t think it is an accident that the Rangers versus Celtic divide originated around religion, and that the Labour versus SNP fissure often feels like a throwback to ’s embattled religious sects.

According to Hassan, religion is the historical cause of ’s impaired and violent political discourse, and the ‘feel’ of the nastier side of modern Scottish politics is that of odium theologicum. The implausibility of the historical case –do the modern successors to Calvinist Holland or suffer from a similarly inept politics or damaged psyches?- is rather less important than the fact that Hassan, a leading Scottish political commentator, sees the issues in this way. For him, a narrative of having to break away from its religious past is the central element of what forming a modern is about.

Now in the rest of the and the West, you’ll find similar views. Turn to Dawkins’ site or the Guardian and you’ll find loads of commentators assuming that to be religious is to be out of date. Secularization is progress and religion is against progress. So Catholic contributions to politics in have to fight the normal prejudice of the chattering classes, particularly on the Left, against religious belief. But (like ) has an additional problem in that, undoubtedly, religion is a problem in modern . Even a passing familiarity with political discussion here reveals that the problems of sectarianism –Catholic vs Protestant- are a major factor in Scottish political debate, quite apart from whatever daily sectarian realities in ordinary people’s lives actually exist. A simplistic conclusion from the fact that religion is a problem in is the thought that religion needs to be done away with (or tamed or excluded). Whilst Catholics would regard such a solution as being as helpful as the suggestion that, because an asthmatic is struggling for breath, he should simply stop breathing, it is obvious how easily such a conclusion comes to those who, sharing the normal mindset of the secular intelligentsia, are predisposed to regard religion as in general outmoded.

New political realities are forming in as a result of existing devolution and the push of the SNP for independence. I take absolutely no view on this blog as to the rights and wrongs of independence vs devolution vs straightforward unionism: all I am advocating is a thoughtful Scottish culture and a Catholic contribution to that culture, and that should be an aim welcomed by Catholics (and I'd hope others) regardless of party politics. But we need to be aware how widespread the assumption of a need to exclude religion from the public space is amongst opinion formers, and how, in , the particular history of religion and sectarianism here is being used –consciously or not- to bolster the argument that modern has no place for religion. Issues such as gay ‘marriage’ thus take on for their proponents a symbolic function quite in excess of any supposed direct contribution to the common good, marking the building of a modern Scotland over the grave of old religion.

Hassan’s article can be seen as broadly sympathetic to many of the ’s concerns over sectarianism. Even more striking therefore that, at its base, is a view of religion as something to be left behind.