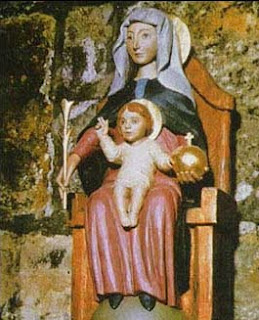 Our Lady of Haddington, pray for us!


John Haldane –the leading Scottish Catholic philosopher- was recently reappointed Consultor to the Pontifical Council for Culture. His reaction embodies all that I struggle to say much less clearly on this blog:

Reacting to his reappointment, Professor Haldane said;
"One of Pope Benedict's priorities is the re-evangelisation of Western civilisation and bringing Europe back into Christendom. The way to re-evangelise Western civilisation is through cultural dialogue; that is through re-interpreting the arts and philosophy through a Christian perspective. There is a larger issue than declining numbers in churches and that is about convincing at a cultural and intellectual level. As a Catholic intellectual, I am very happy to be associated with this."

The many issues on which Catholics find themselves at odds with ‘modernity’ are in large part cultural ones: previous generations accepted Christian culture but failed to live up to it; our generation no longer even accepts large parts of the Christian world view.

In the end, all the debates about same sex ‘marriage’, euthanasia, the role of religion in the public square and so on boil down to profound cultural challenges to the Catholic world view. The answer to those challenges of course involves the sort of vigorous public and political defence that the Scottish bishops have put up against the proposed same sex ‘marriage’ legislation. But beyond that, it must involve a daily struggle to demonstrate the truth, beauty and goodness of Christianity and, in particular, Catholicism as a culture.

A happy New Year to all my readers!
Posted by Lazarus at 15:13