Common misconceptions: ‘The State and religion are separate…’ 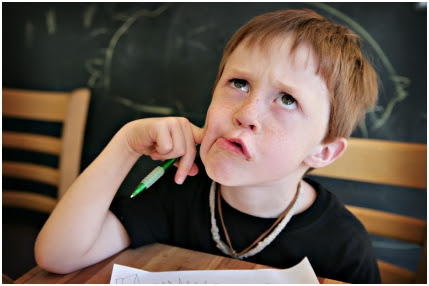 Occasionally I’ll pick up some ideas that are regularly trotted out against Catholics as obvious truths which are nothing of the sort.

One you’ll often hear is that, ‘The State and religion are separate.’ This is then used to justify ignoring Catholic bishops or just anyone religious on the ground of violating this obvious constitutional principle. Part of the background to this is half remembered truth that the US Constitution guarantees in the Bill of Rights that, ‘Congress shall make no law respecting an establishment of religion, or prohibiting the free exercise thereof.’ Quite apart from the fact that the interpretation of this clause has been subject to huge and ongoing debate, with many important issues only settled in the twentieth century by the Supreme Court and many still outstanding, that’s all very nice for the Americans but of absolutely no relevance to Europeans. For both of these reasons, separation of church/religion and state in and the cannot be taken to be a self-evident good.

The claim, ‘The State and religion are separate’ is very confused, and to the extent that it’s not confused, it’s false. It’s often trotted out as a variant on, ‘The Church and State are separate’. The first thing to note here are that the claims are very different. As separate institutions, with separate chains of authority and separate responsibilities, the (Catholic) Church and the State are always, to some extent, separate: the Vatican is never going to be running the Strathclyde Police; the Police (one hopes) are never going to be running Masses. And this holds even for the most Catholic, most mediaeval State. Now precisely what the relationship is to be between these two separate institutions is a much more complex matter, and one that has taken up some of the finest minds in Christian history. But, on any analysis, whilst the institutions are separate, it does not follow that they necessarily have no connections: even the local bowling club may have connections with the state, say, through tax breaks or being consulted with in planning health campaigns. So to note that the State and the Church are separate is not to admit that they are not connected; and the precise nature of that connection is up for debate, not something to be assumed as, in principle, non-existent.

Putting aside the special (legally recognized) position of the (Presbyterian) Church of Scotland as Scotland’s national Church, even from a non-Catholic point of view, as far as the Catholic Church in Scotland is concerned, there is no reason why the State shouldn’t listen to the Church: the Church is perfectly free to make whatever representations it wants, and the State is perfectly free to make of them what it wants. It cannot be assumed that the Catholic Church should be excluded from public deliberation, even if it does not have the legally guaranteed status given to the Church of Scotland.

It’s hard to know quite what to make of such a muddled claim. What some atheists would like it to mean is that anything to do with religion is excluded from the public sphere. If you thought that ‘religious’ was equivalent to ‘obviously barking mad nonsense’ (as many atheists seem to), this would be a fair request. But of course, it isn’t clear (even to non-Catholics) that everything which is in any sense religious is ‘barking mad nonsense’. Remember that a majority of Scots in the 2001 census described themselves as belonging to a religion: whatever looseness of connection that description may cover, it certainly means that some reference to religious beliefs will be accepted as persuasive in public discourse.

Moreover, the term ‘religious’ is itself notoriously difficult to define. If it meant ‘anything coming from a person who is religious’ then effectively the majority of the population would be disenfranchised. If it meant ‘relying on specifically religious terms such as God’ then Catholic moral teaching, based on natural law, would not be excluded. Atheists who advocate the exclusion of religion from the public sphere need to be pressed on what they mean by such a claim. (When pressed, in my experience, they simply mean that ‘anything I think is rubbish’ should be excluded. Unfortunately, they rarely seem sensitive to the problems of such a test.)  In any case, whilst atheists might like religious beliefs in some (rather unclear) sense to be excluded, that is a case that they have to make rather than assume.

What does all this mean?

Probably a matter again for another day, but the Italian Crucifix case in the European Court of Human Rights which came out in March (here) is well worth paying attention to. The broad point decided on here was that whilst European states had an obligation to allow individuals religious freedom, there was no obligation on a State to do this on the basis of excluding all religions from the public sphere (the idea of hard secularism) rather than (say) having a State religion which allowed individuals to opt out.

The video is well worth watching. Joseph Weiler (the Jewish professor of law) who argued this case successfully and extremely movingly reminds us (and this is too easily forgotten) that toleration and religious co-existence in Western Europe have not historically been achieved by the exclusion of religion (or indeed the Church) from the public sphere, but by how Church and State have behaved in exercising that relationship. The point that the separation of church and state or the French model of laicité are not the only or indeed typical European ways of resolving the need for religious toleration is particularly worth stressing.
Posted by Lazarus at 01:44