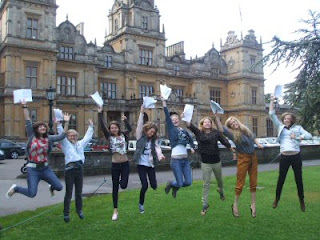 Sorry, girls, not much to celebrate in this survey...


One of the interesting statistics on the views of SNP members which appeared in the print edition of Scotalnd on Sunday but didn't make it to the web version is that on the attitude to Catholic schools. In response to the statement, 'Separate Catholic schools should be phased out', 36% strongly agreed and 28.4% agreed. (As some comparison, the last survey (2003) of the general Scottish population that I could find from a quick google showed only 48% against.)

I'll leave it to others to draw any conclusions they want to on implications for Independence and, in the interests of balance, point out that Alex Salmond has previously been explicit in his support for Catholic schools whilst other parties, including the Tories have previous form on this issue. But in any case it does emphasize that the retention of Catholic education is something that is likely to remain under attack and there is not exactly a reservoir of support for it in what, independence or no, is likely to be the party of government for a good while yet.

A good defence of Catholic education by Tina Beattie is here. (I know that Professor Beattie has had her run ins with the Catholic blogosphere previously and I certainly wouldn't agree with her on her understanding of (eg) authority in the Church -but credit where credit is due, she did a good job on this one.) The key issue remains our understanding of rationality and how the virtue of practical wisdom is passed on to the next generation. Secularists tend to assume that there is just one rationality, uninformed by culture and tradition. Catholics will assume that any education worth its salt will involve induction into a specific tradition of thought and rationality.

Philosophers and theologians who, roughly, can be described as 'post modern' (and I'd put Professor Beattie into this category) will tend to agree with the claim that any rationality is bound to a certain specific pattern or history. As such they will tend to agree that the idea of commitment-less universal rationality taught in non-sectarian schools is a chimera. Where they will go wrong in principle is in downplaying the Catholic claim that the intellectual tradition of Catholicism is not just one among many traditions, but the tradition which, by dint of divine guidance, is objectively the best. In practice, though, when engaging with the wider, secular society, it would be unreasonable (and certainly impractical) to expect an argument based on the objective superiority of the Catholic intellectual tradition to win much support. However, it should be possible to argue the goodness of the tradition: not that it trumps all other forms of education, but that it has a distinctive and helpful contribution to make to Scottish society. In that practical aim, the sort of post modern analysis contributed by Professor Beattie has its part to play in the process of political persuasion, even if it does not embody the fullness of the Catholic claim.
Posted by Lazarus at 00:04