The Pope and LSD 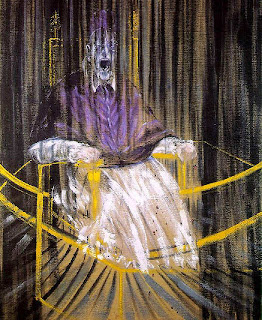 If only the Pope had taken LSD, all would be well...


I've just finished reading Timothy Leary's biography, I Have America Surrounded by John Higgs on my Kindle. One of Higgs' contentions is that the cultural relativism typical of post modernism is a product of widespread LSD use as advocated by Leary to break out of the 'reality tunnel' -the sense that how one experiences the world is the only way to experience the world.

Higgs' produces little empirical evidence for this claim and his reasoning is pretty much on the fallacious post hoc ergo propter hoc basis: LSD makes things looks relative; post modernism claims that things are relative. So post modernism is caused by LSD. But one specific oddity does turn up within this general strategy:

[Ratzinger] had one of his doctoral dissertations rejected because his superiors believed it showed signs of relativism. What changed his thinking and put him firmly on the path towards a conservative, absolutist world view was his horror at the German student uprisings of 1968. His stance came not from believing that the absolutist viewpoint was logically superior to relativism, but from a dislike of the implications and results that the relativist path produced.

Unlike many who were swept up in the protest events in Germany during 1968, Ratzinger did not take LSD, and his understanding of relativism remained theoretical instead of empirical.


Now the claim that the Pope in some way did a theological flip in 1968 simply as a result of horror at the university protests has been widely contested (see eg Tracey Rowland's Ratzinger's Faith, esp. p13). But even if he did, why would that necessarily be an unreasonable thing? Higgs places much emphasis on the importance of experience: what would be unreasonable about changing one's views on the basis of experience of where they led to?

Higgs' theoretical grasp of what he is arguing is in any case pretty thin. He seems to think in the passage cited that the LSD experience can have only one meaning for the experiencer (that of revealing the relativism of perception) whilst throughout the rest of the book, it is quite clear that different people took or imposed quite different meanings on it. Any suggestion that cultural relativism or social constructionism can be proved by pickling your brain is in any case obviously flawed. But nevertheless, the book did raise a number of interesting issues for me. At random:

* whatever the benefit of drug use, it clearly isn't good for the family. Leary leaves a trail of suicides and misery among his wives and children. (How much of modern life is that true of!)

* a taste for simplistic solutions and happy endings. The thought that dropping some acid can solve the world's problems is no longer with us, but the general strategy of the quick fix to get everything all right still remains. (And pharmaceutical fixes in particular remain popular.)

* is it any surprise, given the surrounding culture, that Vatican II produced some odd results? If the Council of Trent, once completed, had been left to the interpretations of some drug crazed hippies, we'd be picking up the pieces of that instead.

* on the plus side, the sixties counterculture did take personal, spiritual development seriously. Although a lot of its ideas were nonsensical, there was (often borrowed from eastern religions) some seriousness about the depths of the inner life lacking in modern secular culture which seems to turn all questions of human flourishing to questions of social and legal arrangement.
Posted by Lazarus at 00:37