Gerry Hassan, Cardinal O'Brien and the future of Scotland 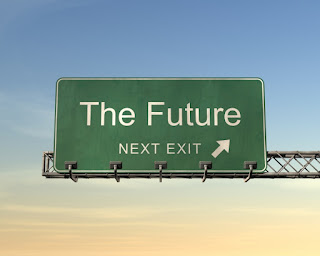 As has been widely reported, Cardinal O'Brien is refusing any further direct contacts with the Scottish Government on same sex 'marriage'. I've no idea whether or not this is a sensible tactic, but it's perfectly understandable as a response to his having been banging his head against the brick wall of political indifference to the deeper issues involved here.

For example, the Scottish political commentator, Gerry Hassan, has been regularly writing about the need for Scotland to be more imaginative and reflective about its future nature.

In his most recent excursion, he questions the widespread assumption that Scotland really possesses a social democratic consensus (implicitly, in contrast to you raving Thatcherites down south).

There is a widespread assumption across most if not all of Scotland that this is a land of the centre-left; that we don’t vote Tory, didn’t buy into Thatcherism, and that we are all the children of social democracy.
Leaving aside the Scottish Social Attitudes Surveys on Scots/English differences (which show there aren’t that big differences), there is a prevalent belief that centre-left, left and collectivist values percolate through and define our society.

I think he's right to question such lazy assumptions: in truth, there are several competing tendencies in Scottish society -and perhaps one of the strongest arguments in favour of independence is that complete responsibility for our own political life would force Scots to bring these tendencies to reflective awareness rather than letting them trundle on unnoticed and unchallenged.

But perhaps, from a Catholic point of view, the most interesting aspect of this piece (and earlier ones) is that it tends to be essentially focused on what might be described as statecraft: what the government should be doing and what party politics should be doing:

A Scotland that was a social democracy would prioritise a number of key areas about the values we wish to champion. It would ask: to what extent are we becoming a more egalitarian society? Are we becoming more inclusive reaching out to those left most behind and vulnerable? In what ways is this a place where the state and government shifts power away from vested interests?

Perhaps the key blindness in such analyses is the role of institutions other than the state. In Hegel's Philosophy of Right, the State as such mediates the tensions between the market place and the family and the communities (such as guilds) of civil society: here, there is an organic picture of society where not all questions of the polis are questions of government. Moreover, the nature of life within the family and guild and even within the individual is not fully articulable: unlike the public, transparent dictates of law, the reasoning and controls of these other spaces cannot fully be spelled out, and certainly not in any immediate timeframe.

Religion in many ways is about the creation of spaces within society where we live out lives which are rich, reflective, but not fully articulated: in parishes, in guilds (such as the Knights of St Columba) and, perhaps especially, in the family. As Aristotle puts it (EN. I. 7:)

And we must also remember what has been said before, and not look for precision in all things alike, but in each class of things such precision as accords with the subject-matter, and so much as is appropriate to the inquiry. For a carpenter and a geometer investigate the right angle in different ways; the former does so in so far as the right angle is useful for his work, while the latter inquires what it is or what sort of thing it is; for he is a spectator of the truth. We must act in the same way, then, in all other matters as well, that our main task may not be subordinated to minor questions. Nor must we demand the cause in all matters alike; it is enough in some cases that the fact be well established, as in the case of the first principles; the fact is the primary thing or first principle.

So there's a paradox here. In one sense, the demand for serious thought about the nature of the Scotland we want is quite unobjectionable: we shouldn't be sleep walking into either the specific challenges of independence or into the challenges of the general fate of any western European in a world where economic power is shifting towards the East. On the other hand, serious thought about Scotland should throw up the conclusion that there are limits to such serious thought, or, perhaps more precisely, that that nature of such serious thought is less like the weekend brainstorming session with a concrete list of proposals on the desk by Monday morning that Hassan seems to envisage, and more like a slow, culturally deep reflection undertaken over the course of generations. Again, Aristotle (in EN I 7):

Let this serve as an outline of the good; for we must presumably first sketch it roughly, and then later fill in the details. But it would seem that any one is capable of carrying on and articulating what has once been well outlined, and that time is a good discoverer or partner in such a work; to which facts the advances of the arts are due; for any one can add what is lacking.

That's the general point: that good reflection on government should produce the conclusion that there are limits to government, and that perhaps its chief challenge is to ensure that the institutions of civil society and the family are in good shape. And in fairness to Hassan, there are hints of this in his piece:

It necessitates a different kind of political class [...] And it means we have to have a more pluralist notion of what politics, change and what being a political actor is.

Well, the obvious, Catholic but generally conservative answer to such questions would involve a focus on the family, and its re-invigoration as counterpoise to the atomizing tendencies of the marketplace -the sort of positive social advantages that the Marriage Foundation is talking about. Yet the current discussion in Scotland on same sex 'marriage' studiously avoids any consideration of the benefits or the purposes of the family: it's all just about love, apparently. Now, I know that many -perhaps most- of the readers of this blog will disagree with a conservative understanding of the importance of family life in the organic balance of the polis. But even that disagreement has not been faced up to and discussed. There is a clear, coherent, conservative case (and frankly, a progressive one as well insofar as these labels have much meaning beyond their initial function as fighting talk) for the family's role as the prime institution for raising children, and thus for reflection on its characteristics. There is a clear radical case against the family having that role. But instead of a long, careful reflection on the nature of institutions other than the state, we are sleepwalking into a major revision of the institution without any serious thought.

And there is the more general problem. Let's think about the future of Scotland. But when doing so, let's remember the limits of such reflection in grasping the depths of human flourishing. And let's remember that the polis, and thus a truly political reflection, is concerned with institutions other than the state and its powers.

Perhaps that's the most depressing thing about Scottish -and indeed UK- politics. Everything seems to boil down to moving pieces around the board, either for short term party political advantage or, at best, to gain a national economic advantage. Almost nobody seems to have any sense of what deeper understandings of human flourishing might involve, and what implications they might have for politics, even when narrowly construed as statecraft. Cardinal O'Brien's forceful interventions need to be seen for what they are: desperate attempts to shake people out of a superficial complacency and into a deeper, fuller conversation about politics in a wider sense.