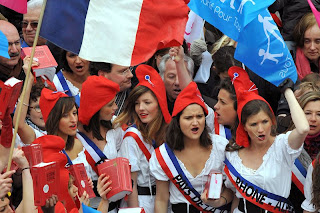 Well, you've got to hand it to the French: they really do know how to protest!

The organizers have claimed a turn out of 1.4 million people, a larger number than that of the previous demonstration on 13 January. The police have estimated the crowd at 300,000, rather less than two months ago (the police estimate will not be finalized until the end of the week). Whatever the correct figure, the 'Manif pour tous' this Sunday, as that of the 13 January, has been one of the four greatest demonstrations on political or social issues in Paris of the last thirty years. 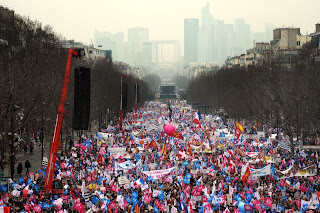 Some good photos (from which the above are taken) at Le Figaro, including shots of the police tear gassing protesters. (Story here (French).) 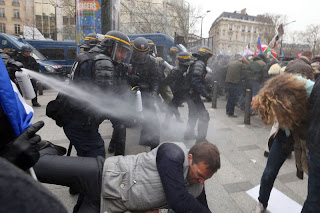 (OK. I've just looked at the BBC site, the Daily Telegraph, and the Daily Mail and I can't find anything about this in English! Wonder why?)