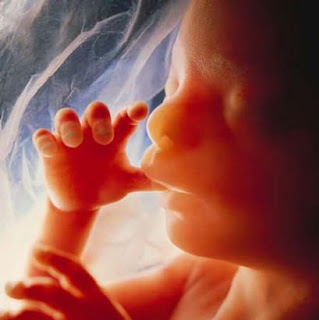 The Court of Session decision to support the right of conscientious objection in the case of the Catholic midwives is extremely welcome (even though the case is highly likely to go to the Supreme Court for a final decision):

Giving the decision, Lady Dorrian said: “In our view, the right of conscientious objection extends not only to the actual medical or surgical termination but to the whole process of treatment given for that purpose. The right is given because it is recognised that the process of abortion is felt by many people to be morally repugnant...it is a matter on which many people have strong moral and religious convictions, and the right of conscientious objection is given out of respect for those convictions and not for any other reason. It is in keeping with the reason for the exemption that the wide interpretation which we favour should be given to it.” (The Scotsman here. SPUC comment here.)

The comments section of The Scotsman is already attracting the sort of 'if they don't want to kill babies they shouldn't be midwives' response which has typified much of the pro-abortion lobby on this. As I've argued before, it is the mark of a liberal society to encourage diverse attitudes and 'experiments in living' in a society, and, in general, conscientious objection is part of this. Moreover, it is perfectly possible to recognize that the deliberate taking of human life is an area which is 'morally charged': in the last war, even those who believed in the rightness of the  fight against Nazism recognized that those with a conscientious objection to killing were recognizing a shared value -that of the sacredness of human life- even if their reaction to that value in those precise circumstances of a just war was wrong.

One of the (many) problems with the politicization of any issue is that nuances and areas of agreement are ignored in the rush to present a viable campaign and opposition. I don't think that pro-abortionists, on the whole, are morally blinkered, thoroughly evil supporters of murder. I think they're morally wrong, but I understand that they are reacting (albeit, as I would see it, inadequately) to the sort of values that I too recognize, in particular, suffering and the treatment of women. But equally they should recognize that the anti-abortion side is reacting to a value that they too should acknowledge: that the deliberate killing of a human being where, in normal circumstances, that death would be regarded as a tragedy and a cause for sympathizing with a mother's loss, is a bad thing.

I'm not a pacifist. My own view of conscientious objection in the last war is that it was a mistake and even a failure in the moral duty of protecting innocent life from aggression. But I don't think that conscientious objectors were insane or thoroughly evil because I understand and even share their motivation -up to a point. That's why it's right that, where possible, their views and consciences were respected. From the point of view of the pro-abortion lobby, I appreciate that the midwives too are mistaken. What I find rather more difficult to understand is the desire -how widespread it is I'm not sure- to compel them to kill against their deeply held beliefs where there is no overwhelming necessity to compel their participation.