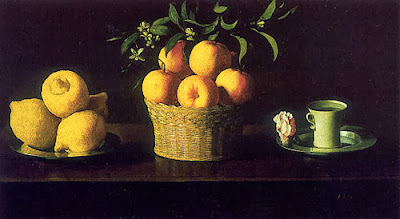 Ed Feser's blog pointed me in the direction of Pure by Mark Anderson. As you'll see from Feser's blogpost, it's a work that puts forward a Platonic vision of the world as an alternative to modernity.

It's not a long read at 108 pages, but well worth spending time with. Perhaps the most striking thing for me is its restatement of that Platonic insight that to see truth properly requires a certain sort of character: you can't just argue your way to truth, but you also require to be a certain sort of person (and that sort of person is only achieved through effort, both individual and social).

One may begin by regarding Platonism as an abyss, by leaping into the system motivated by a Nietzschean desire for intellectual exploration. But the man who does so will find that he does not fall, that he is supported, that beneath his feet there is no void, but rather solid and stable ground. And one day he will learn that his desire to plunge into murky abysses was naive and misguided to begin with -was, in brief, an expression of the decadence of modernity, for which the best remedy is the Platonism that now sustains him.

Some of the oddest things I've come across recently are people saying that 'Catholicism just makes random stuff up'. (It's usually in the context of sexual teachings.) It surprises me because, of all the charges you could make against Catholicism, this is one of the most implausible. One of the first things that ever made me think that Catholicism might be worth exploring (and it took many more years until I actually did) was the claim (by an atheist philosophy tutor) that he admired the systematic nature of Catholic moral teaching as one of the great intellectual monuments of human culture. He thought it was wrong -perhaps even dangerously wrong- but its system and rigour impressed him.

It is certainly this intellectual purity of Catholicism that attracted me: its system and its clarity. In different ways, for example, both the Catechism of the Church and the Summa Theologiae  are beautiful: systematic and comprehensive. That doesn't make them right or true (although of course a Platonic thought is that goodness, truth and beauty are linked) but it does make them attractive. (And thus one more reason for thinking Pope Francis has a point in making the 'big vision' the centre of missionary endeavour.)

I'd originally thought about using an image of a crystal or the like to represent purity at the top of this post, but it's very hard to look at such a thing in this context and not to be overwhelmed by nauseating waves of sentimentality or kitsch. Zurbaran, on the other hand, manages to portray the stuff of ordinary life with a pure spiritual intensity. If you're attracted to Platonism, Catholicism provides all the rigour and intellectual clarity you could want, but with something that Plato often misses: a love for the individual and the human. Catholicism is pure but human. It is also, in a way that neo-Platonism isn't, a living option: try taking up neo-Platonic theurgy and you'll likely as not end up as some sort of 'Hermetic Order of the Golden Dawn' crank, squabbling over who has the correct authorization from the Secret Chiefs or such like. Take up Catholicism and you'll find yourself in the midst of not only a system with peerless intellectual, aesthetic and moral purity, but also one that has branch offices on practically every corner.