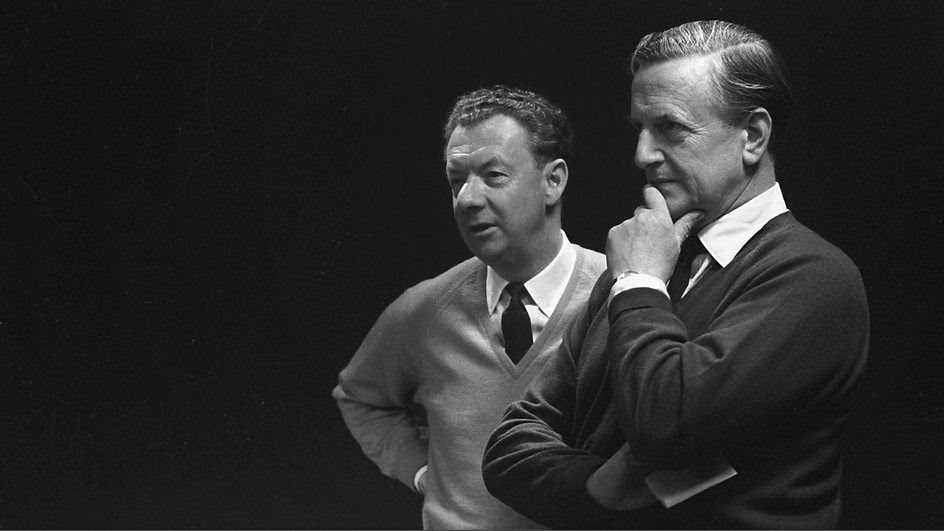 I was going to put aside any direct and general consideration of the Synod at least for the moment: as the Blessed Leonard Cohen said, 'It did some good/It did some harm.'

But the contrarian in me still wants to tackle one specific issue summed up in paragraph 50 of the relatio:

Homosexuals have gifts and qualities to offer to the Christian community. Are we capable of providing for these people, guaranteeing [...] them [...] a place of fellowship in our communities? Oftentimes, they want to encounter a Church which offers them a welcoming home. Are our communities capable of this, accepting and valuing their sexual orientation, without compromising Catholic doctrine on the family and matrimony?

I'll also couple that with the question of welcoming people who identify themselves under the description of 'gay'. Indeed, let's go for broke: I'm going to argue that we can and should 'accept and value' a gay orientation.

Before I get stuck into that, some ground clearing. 99.9% of the time you hear someone arguing that the Catholic Church should 'accept and value a gay orientation' it means something along the lines of that pushed by Martin Pendergast: the Catholic Church should simply accept active homosexuality as another valid expression of sexuality alongside heterosexuality. One reason many orthodox Catholics are hostile to a claim worded in the way I have ('we can and should accept and value a gay orientation') is that activists like Pendergast send up a cloud of words and theology which covers up a fundamental change in morality under a lot of fluff about valuing and welcoming. (Reading his latest article, you wouldn't/needn't find anything that insisted he be free to have sex with another man, but that is simply what he really means.)

So let's rule that out immediately: I'm not arguing that. I straightforwardly accept that any sexual action between the same sex or indeed outside marriage is sinful. And, as a result, 99.9% of the time, when claims such as 'we can and should accept and value a gay orientation' are made, in terms of the substance of the argument, I disagree. But although it would certainly be simpler -and perhaps often less misleading to stick with this rough and ready rejection- I think it's worth pushing a little deeper, in part to do justice to the 0.1% of times when you hear people who are genuinely not trying to undermine Catholic teaching by making the claim, and, perhaps more importantly, to extract the nugget of truth that is expressed on those occasions.

The number of men and women who have deep-seated homosexual tendencies is not negligible. This inclination, which is objectively disordered, constitutes for most of them a trial.

1) Is the substitution of the word 'gay' for 'homosexual' a change to be avoided?
2) Is it right to accept and value a gay/homosexual orientation?

Anyway, putting that question aside, can a 'gay/homosexual orientation' be rightly accepted and valued? And there I think we have a truly difficult issue. IF (and let's stick with 'gay'), IF 'a gay disposition' just means a disposition to commit sinful acts with a member of the opposite sex, then it clearly can't be valued/welcomed in itself. (But even there, it might bring you into situations where, as an accidental consequence, good came of it: you might fall in love with a man who ran a Catholic charity for example, and thus end up getting involved in its good works.)

But does it just mean that? I rather dislike the use of 'heterosexual orientation', but, if one accepts it as a legitimate usage, it surely means more than just wanting to have sex with women. It involves finding women attractive,and that means valuing certain aspects of female physiology and psychology. Equally, finding the same sex attractive involves more than just an inclination to copulation. Moreover, if we do stick with 'gay', it has got aspects that are even wider than homosexual/heterosexual. What precisely these are is difficult to pin down (we shouldn't assume that there is a neat definition for every English word). But it certainly has connotations which go beyond 'wanting to have sex'. In fine, to gave a 'gay orientation' is more than just wanting to have sex with your own gender; and to that extent, it is possible to value and welcome that orientation. (And, a fortiori, it is of course clearly right to welcome gay people: that simply isn't in question. The only question is whether that welcome directly extends to their orientation.)

The above is really all quite theoretical and, to orthodox Catholics, probably looks like a silly attempt to wriggle into a less countercultural position, while, to non-Catholics, probably looks like a scholastic analysis of beating puppies to death. So let's get concrete. When I look at Peter Pears and Benjamin Britten, it strikes me as clearly as anything can that a) their relationship made them both the artists they were; and b) Britten's homosexuality, in particular, deeply affected his work. Now I suppose one can imagine a *Pears-Britten couple which is identical to the real Pears-Britten couple, except that they make the changes to meet Catholic teaching. (So they could live together, but in a chaste friendship etc.) I think I can imagine that (indeed, one might actually wonder quite how important the sex act was in the partnership certainly as they grew older). But still one would want to say, would one not, that their love for each other and the orientation that made it possible were valuable precisely because they weren't and wouldn't be just about the desire to have sex with that other person?

[Having thought about this after drafting, I'd add that the one question the modern mind fails to ask -or rather just assumes the answer is going to be copulation- is what are friendships objectively for?  (Within the Aristotelian-Thomist tradition, you have the general choices of bonum simpliciter, delectabile and  utile (Aquinas' Commentary on the Ethics -ad 1538): ie the good simpliciter, the pleasurable and the useful.) The Pears-Britten friendship is for the sake of art; the (Catholic) heterosexual marriage is for the sake of procreation. Both aims take the participants towards the transcendent good. God help either heterosexuals or homosexuals who answer 'sexual pleasure'. And that is to say, God help most of us trapped in the secular mindset.]

In the end, this all goes back to the idea that 'finding someone sexually attractive' is self interpreting. Well, it hasn't been for me. (I can think of lots of occasions in my youth where I hadn't been sure what I felt about a woman: not (just) because of a lack of self-awareness, but also because the distinctions between different types of interest in another just really aren't clear (ontologically as well as phenomenologically one might say).) In particular, sexual attraction doesn't come in a neat compartment separate from attraction tout court. If someone has a tendency to find their own sex attractive, that isn't reducible to simply sexual attraction. And even sexual attraction isn't simply reducible to wanting sex. That bundle of confusions is at least a big a problem in our society as anything to do simply with homosexuality.

[And a final post drafting thought. When did bishops and priests become just pastors? The Church has always been a teacher -a Rabbi- as well as a prophet: both require clear effective speech in the public sphere. Protestant Churches -particularly the national ones- often have built into their DNA the Erastian idea that they're there merely to comfort citizens after the State has done all the really important cultural stuff like legislation, education etc. When did Catholics buy into that nonsense?]