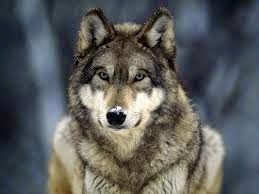 So everybody's talking about Wolf Hall. (Telegraph: here. Guardian: here.) We apparently like it.

I'll say something about the TV adaptation in a bit. But I wanted to try and say something about the books before I do. Treat this as part of an exercise in the phenomenology of reading rather than an exercise in close criticism. I read Wolf Hall pretty much when it first came out which means that I read it about six years ago. I read Bring Up the Bodies again roughly when it came out -so about three years ago. I read Wolf Hall in hard copy; I read Bring Up the Bodies on a Kindle.

I mention all that because those details affect how I feel about the books. (And that's what I'm going to talk about.) If this were proper criticism, I'd be obliged to go back and check these feelings against the text. But I'm not going to. Which is why this post is simply about my (current) impressions of the book and doesn't claim to be criticism. However, it may be of interest for two reasons: first, I seem to be one of those rare Catholics who enjoyed both; secondly, I haven't seen what I'm going to say precisely echoed by anyone else (and I'm arrogant enough to think that I might have an interesting perspective).

A lot has been made about the books' being, in some sense, about the rise of modernity: a very modern man (Cromwell), who achieves his position by merit, not birth, and who operates with managerial efficiency rather than (as with More) from theology or (as with Henry) from his codpiece. I think that's basically right. But what is often missed is that the first person narration of the book and general form of the book itself embodies that rise of modernity. Cromwell's take on the world is oddly flat: he sees the world with disenchanted eyes; he is alienated from it. (The confusions noted by Mark Lambert  reinforce this Verfremdungseffekt: Cromwell's consciousness becomes the one still, Cartesian spot in a blooming buzzing confusion.) What others have taken to be dullness I took as part of the point: a sort of extended exercise in Vonnegutian 'So it goes', the careless flatness of the modern, disembodied ego. (I think perhaps there's a slightly false note in the narrative with the death of Cromwell's family (and indeed his abused childhood): instead of his disenchantment being part of the structure of modernity, it hints at a pathological psychology where the disenchantment and lack of emotional connection is the result of personal grief rather than cultural shift.)

As I said, I'm not sure how fair that impression is to the text, but it is nonetheless why I tell myself now that I enjoyed the books. (Wolf Hall more than Bring Up the Bodies, I think, in part because I think it did this 'disenchantment' thing rather better.) It also relieves any anxiety I might have had about the unsympathetic portrayal of More: of course he is a grotesque. All those with light and colour and character are grotesque (just as the Middle Ages are grotesque) in front of the unfeeling light of the modern, rational consciousness. Mantel's take on that appears to be that Cromwell is good because modernity is good. My take is that Cromwell is bad (almost psychopathic) because modernity is bad. (But so it goes no doubt.)

And what of the TV series? Well, aesthetically it's great. (Great use of light and dark, not afraid to let whole scenes (almost) vanish into the Tudor murk). And one is reminded again just how wonderful gifted actors are, disappearing into another human being with no sign of the effort it costs. I'll certainly go on watching it. But (given the books) I think what I'm going to miss is the relief of the flatness by the penetrating consciousness of Cromwell: instead of being the camera through which all the world is viewed and reduced to something to be manipulated or played with or just seen, he becomes instead just one more character within the camera's field. He too becomes part of the flattened, disenchanted world rather than the eye through which it is viewed.