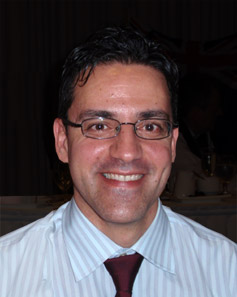 Trakakis' essay raises a lot of specific issues regarding Orthodoxy and traditional Christianity which, although I wouldn't want to dismiss, seem rather less fundamental than his dismissal of institutionalised religion per se as in tension with the philosophical life:

Part of the reason for Heidegger's separation of philosophy and theology lies in his view that philosophy is more radical in nature than theology. Theology, on this picture, does not allow for radical or genuine questioning: if we start from a position of faith, then our questioning or seeking begins by already having found what it searches - namely, God. Dominique Janicaud, in his criticism of the recent theological turn in French phenomenology, made a similar point: "The dice are loaded and choices made; faith rises majestically in the background."

Philosophy, by contrast, must consist in honest questioning, really following inquiry or evidence wherever it leads. The kind of thinking that has traditionally been regarded as integral to philosophy demands deep and searching questioning and a restless and perhaps even endless exploring, but without knowing where such wondering and meandering will lead (so as not to prejudice the outcome). It is what Heidegger envisioned as a type of thinking that is always underway, travelling "off the beaten track" onto bypaths and even dead-ends, but with no predetermined end in sight.

If we wish to grapple with the ultimate questions of life and death in novel, interesting and fruitful ways, a creative and adventurous spirit is required, one that is prepared to occasionally depart from the conventional and familiar in order to freely roam on roads less travelled, imaginatively constructing speculative theories and experimenting with diverse myths, models and metaphors of, for example, God and world.

It's a position that I've often come across. Religion is about accepting answers while philosophy/rationality etc is about an open ended inquiry which leads who knows where. The closedness of religion is essentially in tension with the openness of philosophy.

It's difficult to know where to start with this. And perhaps that's the first thing to say: it's a deceptively simple claim which really isn't very simple at all. What is philosophy? What is religion? (Are these questions demanding a descriptive answer - 'This is what my experience of Orthodoxy is like' or a normative one -'This is what Orthodoxy should be'?) Does philosophy automatically trump religion? Why? And so on. Reading some of the comments both in Trakakis' essay but particularly those in the combox, I was reminded of the chapter in Newman's Loss and Gain where the prospective Catholic convert is beset by visits from various crackpots all claiming to have the answer to life (nowadays of course neatly expressed on a website).

There is a truth here, one which you find roughly sketched both in Plotinus' claim that life is the 'flight of the alone to the alone' or the existentialists' claim that existence precedes essence, that we are all, inevitably, left in the position of trying to make sense of it all. (To borrow from Trump, I have some sympathy with the general desire just to stop everything 'until we've figured out what the hell's going on'. Unfortunately, we can't.) Even if some sort of radical philosophical rootlessness was the correct stance for PhD educated philosophers, where would that leave the rest of us? Wouldn't we have to trust some sort of academic authority while we earn our daily crust? Wouldn't some sense of the limited nature of our reason and the need to rely on something pre-digested by the smarter or more knowledgeable or simply more leisured be part of what figuring out what the hell's going on is like for most of humanity?

But let's consign the lived reality of most people's search for meaning to the dustbin: what about the purported wise? Shouldn't we remain open to truth in a way that religion closes down? Again, I think there's a rough truth here which is that intellectual exploration does have to be free from extraneous pressures: the search for truth should not be restricted by (eg) the State (and that I take it is the reasoning behind Dignitatis humanae). But that is hardly what Trakakis can mean. He is free to leave Orthodoxy. I am free to leave Catholicism. Nothing will happen except that we have something slightly more exciting than usual for an audience to read about. Moreover, every reflective religious believer is aware, particularly a convert such as myself, that there is in principle the possibility of radical (and unexpected) religious change simply because it has happened  before. Atheist teenage me didn't expect to become a Catholic. Middle aged Catholic me doesn't expect to become a Dawkinsian. But it might happen. Indeed, it should happen if I can no longer stay within a particular institution without sacrificing (again in rough terms) my integrity. There is a point at which change is required, even though specifying that point precisely is not a straightforward matter. (Again, even philosophers have to reckon with the restricted nature of their reasoning. At what point does a temporary local difficulty in one's institutional commitments become the necessity for change?)

All of us find ourselves with commitments and the need for decisions which close down or channel our lives. (The slightly waspish me might suggest that Trakakis might be in greater danger to his intellectual integrity from continental philosophy and the iron laws of the Western academy than he is from Orthodoxy.) There is the detailed, Somme like struggle to answer those specific points that might begin to persuade someone that Christianity is untenable. That simply requires spadework and detailed argument and both Trakakis and I know well enough how these arguments go and go on. But there is the meta-argument about where, while we wait for death, we are better off living out our lives of confusion and search.

To become personal, my conversion to Christianity (initially Episcopalianism and then Catholicism) was intellectually at least affected by at least two broad issues. First, I was plunged into a great deal of Greek philosophy. This lead to a great many intellectual obsessions, but three in particular struck home. One was the strong sense in Plato of the transcendent, of something above and better that beckoned to us. (You can see this both in the Ideas and in the daimon of Socrates.) There is an ethical seriousness about the intellectual, philosophical quest that, frankly, is often better modelled in religious communities than in the Western academy. Secondly, there is the horizon of philosophy in myth and figurative language: Plato frequently stops and goes beyond dialectic to say something that is unsayable. Finally, there is the perennial question of Plato and Aristotle (and Strauss): the relationship between the City and Man (or the community and the person if you prefer). Philosophy exists in a city: how does it live there and how does it engage with that city? Trakakis seems from that perspective to have opted not for the life of the unfettered mind, but for life simply in a different sort of city from that of the Orthodox church. Has he applied the same degree of critical reflection to the exercise of power in that City as he has to the exercise of power in the Orthodox Church? To cut that long story short, I found (and find) those obsessions better answered in the Catholic Church than I do elsewhere. It is a better sort of community to live in while waiting to die. It is a better sort of community to live in whilst pursuing truth, goodness and beauty. To the extent that Foucauldian power inevitably surges through its veins, it seems to me to be better used for the flourishing of its members than the same unavoidable power when surging through the institutions outwith it.

The second aspect of my conversion was having children. Now this might not seem a very philosophical reason for change, but I think it was. For the first time in my life, I was presented with the need to articulate and to persuade someone else. (Academic teaching isn't the same:there isn't the same desperate ethical need to get it right rather than just to explore. Moreover, as a father, one is not producing adult philosophers (who arguably themselves  have a personal responsibility to get it right) but people who are, at least for eighteen years, radically dependent on your lead and, thereafter, quite possibly going to be dependent 'ordinary folk' rather than the autonomous wise.) What does one say to the next generation while, before your eyes, time is running out to say it? In many ways, this is just a dramatic intensification of the preceding aspect: given that someone vulnerable and to whom you have a duty of care is dependent on your getting those answers right, you are forced to think and act much much more seriously. But it is also that most characteristically Greek philosophical question of how do you pass on the good life to the next generation. And the answer, even for the philosophical life, is not itself by philosophy. I don't know whether Trakakis is a parent or not. (To the extent that he reaches people outwith the academy, let alone within it, he is certainly in loco parentis.)  But how does one prepare the ground for philosophical flourishing let alone any other kind? What sort of community is the best preparation (and this is the really tough one) how does one achieve it as a matter of fact, now, before your child reaches eighteen and gets sucked into the void of modernity?

[Just rereading the above, the one issue I don't think I've tackled adequately is the phenomenology of the freedom of search in the Church  (ie what it feels like). Here, I think the abandonment of the sharp distinction between natural reason and revelation in much modern Catholic theology is unhelpful. Qua philosopher, all bets are off. Of course, I expect (based on previous reasoning) to approach certain issues in certain ways. But it is perfectly possible (I keep an open mind) that I will find myself outargued or persuaded to a different conclusion. That is the freedom of philosophy: an intellectual suspension of commitments and a willingness to follow the arguments. But at the same time, as a human being and Catholic, I am subject to certain commitments which may or may not be in tension with the free deliberations of philosophy. Moreover, qua philosopher, I am aware of how difficult these issues are and that a momentary inability to see a way forward in an expected direction is not the final conclusion. All I can say is that, up till now, I have never found an issue in philosophy which provides a clear stumbling block for my Catholicism (as opposed to a difficulty of which there are many) and have found many issues where my Catholicism has helped illuminate philosophical issues. As I said above, that might change. But so far as I can see at the moment, given what I know and given a fairly thorough going over the key issues, that is unlikely to happen.

I also think that (judging from purely external observation) there is something here that needs to be said about the intellectual life within Orthodoxy rather than in Catholicism. I have no wish to indulge in Orthodox bashing here, but it's only fair to record that one of the reasons why I became Catholic rather than Orthodox and remain so (despite occasional bouts of finding myself in angustiis) is the apparent greater openness and philosophical emphasis within Catholicism. Anyway, another issue for another day. As partial penance for this latter observation, I would point you in the direction of Turning East a volume of essays explaining their reasons for conversion from philosophers who became Orthodox Christians.]