What's happening on the blog? 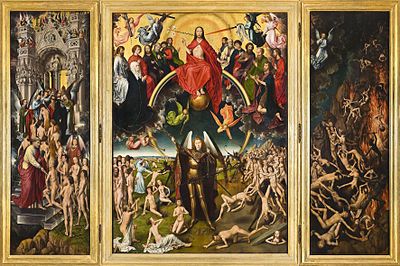 It has struck me that, unless I update the blog now, anyone coming to it out of the ether will encounter a post some two years old and think that I have passed beyond the veil...

And so, a brief post to let you know I am still alive and the blog is still active. Over the past few years, I have been regularly posting on Twitter and also gradually updating the long term project of compiling a lectionary with readings in Scots. (There has of course also been life.) I haven't really been engaging in any controversies online, in part because I personally have lost the taste for them, and in part because, at this time anyway, I think we have reached an odd moment in our culture where, both in our country and in the Church, we seem to have lost the ability to rub along with people. I could controversially insist on this view and shout at people online until they became as boringly centrist as I am, but I suspect that would rather defeat the point: we need to cultivate the arts of peaceful coexistence while in disagreement, and keeping quiet in the face of provocation is a key element of that.

Anyway, for the moment, I am intent rather on cultivating my cultural garden peacefully, fortified by the undoubtedly realistic hope that, by dint of having online pages full of Sunday Mass readings in Scots, everything will be all right. I will doubtless arise from my quiet labours at some stage, but, in the meantime, Scots readings will be updated, Tweets will be sent, and many hard words on the tip of my tongue will be swallowed. Unfashionable though it is, I suspect the Church in Scotland anyway will thrive or at least survive only if we can recover the determinedly bitter practices of 'Pray, Pay and Obey' rather than anything more immediately enjoyable. We should arrange to meet in a couple of centuries and see how things have gone before devising any new stratagems.

I jest (I think). But in any case, I remain here, am not going away, and continue to be as faithful a Catholic as my rather unsuitable personality allows. The Church, despite all its difficulties, has all we need for salvation and I certainly will be grimly hanging on to it. My advice is to do likewise.