Living together before marriage 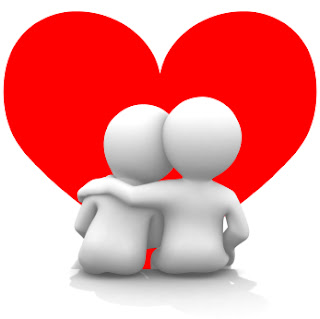 
Father Stephen Wang has an excellent post on the dangers of living together before marriage....

Now, I realize that in writing that sentence, I have probably immediately convinced most non-Catholic readers that this is going to be one of those posts in which I again demonstrate that orthodox Catholics are the modern descendants of village idiots who think that the moon is made of cheese and that they've recently spent two hundred years dancing in the halls of the faery folk. It's very hard to think of many modern sexual practices that are so deeply embedded in the commonsense of ordinary decent folk and yet are so clearly opposed by Catholic teaching. (Although I'd not want to make too much of this essentially purely rhetorical point, even the obvious other instances -abortion and contraception- I don't think are quite in the same league: very few non-Catholics think that abortion is entirely OK (even if in the end, they consider it a regrettable necessity); even Catholics think there is room for planning a family (even if they are opposed to artificial means of doing this or permanent avoidance of children). On these issues, the opposing side does (or at least should) recognize where the other is coming from).

It also fits in with what you might style the Christian revisionist school of sex: if you think that what's important is displaying respect, and care and commitment rather than obeying stone age rules, why shouldn't these virtues be just as apparent within cohabitation as they are within old fuddy-duddy marriage?

Well, as Father Wang notes, the reason is that it doesn't work. And there are clear reasons for that (which he discusses). But let's be anecdotal for a while. Aside from the friends who lived together and then married successfully, I can think of many others who've frittered away their twenties and thirties (so, if they're women, basically their chances of having a baby) on a succession of not quite right relationships. I can also think of others who've broken up from extremely long standing relationships for no particularly serious reason. ('It just stopped being fun.') (And off subject just a little, is Ed West right in suggesting that 40% of British women graduates remain childless? If he is, what a waste!)

From my own experience, I'm utterly amazed that we made it through cohabiting. There was the shock of discovering that the other person involved is really quite rubbish in lots of ways. (Well, I am. Mrs L is of course perfect.) There was the real crunch when, at the end of university, it would have been much easier for us to develop careers separately and move to separate continents. I can remember conversations which, in retrospect, had us poised on a knife's edge: that we survived them is due simply to grace (or luck if your prefer). What we lacked -and what even with that luck/grace came near to sinking us- was that clear sense of mutual commitment that you get in a marriage: that you are embarked on a lifetime's project of mutual support and child rearing which you're going to see through. That's not what we thought we were doing: we thought we were sniffing around each other. Getting to know each other. And implicit in that undertaking is the possibility of failure, and that this failure doesn't matter that much.

When I look back, given the sort of secularized liberals that we were, I don't see that we could have done anything different: as a matter of fact rather than principle, there just isn't a readily available vocabulary outside orthodox religions to explain why living together isn't a good idea. Given the clear prudential reasons for believing cohabitation is a bad idea, that in itself is rather odd. I'm not sure what religions can do to reach out in particular to those half secular members who aren't really signed up to the full commitments and wisdom of their traditions (and that half secular state is one which, realistically, a lot of young Catholics are going to find themselves in when they're thinking about cohabiting). Of course, it means articulating the position of the Church clearly and explaining the reasoning behind it in ways similar to Father Wang's post. But isn't there also a place for (eg) fighting to change our expectations of the circumstances of marriage? For example, it just didn't occur to us that we could be university students and be married: why not? In retrospect, that's what we should have done: made a decision to get married and actually have got married. If we'd done that, I suspect the outcome would have been the same (we'd still be here married) but we'd have avoided some of the precarious moments on which many of our friends have foundered.