Bishop of Paisley on religious freedom 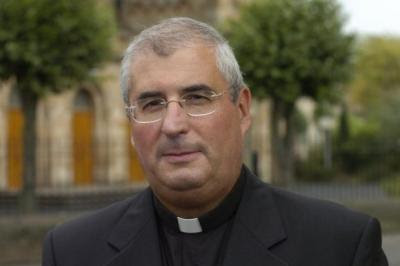 From a recent essay by Bishop Tartaglia:


We are in the midst of a cultural revolution that can be uncompromising and brutal. Christians have the more promising vision and more convincing arguments than secularists about the nature of human beings in their need of God, about the nature of the family, about the place of faith in public life, and about the relationship of faith to science and progress. However, the cultural mood is to dismiss these arguments and insights in summary fashion. Christians today are riding the tiger, and, if the present cultural trajectory goes unchecked, I fully expect to be prosecuted in the courts in the coming years. But Christians need to be patient and steadfast and always ready to engage. Evil may well have its time but eventually it consumes itself, and it will not have the last word. We may need to pick up the pieces of a shattered civilization, broken and exhausted by its extreme adventure with radical godlessness.


Whatever happens in the next few years, the Catholic Church has only one choice: to be herself by being true to Jesus Christ, whatever the cost. What kind of nation and what kind of democracy will we be? That is another question.


Hard to imagine that, when he wrote this, the current independence (and same sex 'marriage') debate in Scotland was far from his mind. Certainly, he seems less than happy with the reception his concerns received from the First Minister:


In October 2011, I wrote to Scotland’s First Minister, Alex Salmond, about government policies that impinged on religious freedom. One of the issues I raised was the question of same-sex marriage. In a subsequent conversation, Salmond assured me that a law introducing same-sex marriage would not restrict the freedom of Catholics to practice their faith. I am not sure if he understood the difference between freedom of worship and freedom of religion, or if he understood it only too well, and was hedging his bets, knowing full well that once legislation permitting same-sex marriage was on the statute books, zealots would call for sanctions against people who publicly expressed dissent from the new orthodoxy.


I was worried especially for Catholic teachers who had to deliver a religious education program in Catholic primary and secondary schools in which marriage is defined explicitly as a union between a man and a woman. If same-sex relationships are recognized as marriages, we will need to campaign for legislation to guarantee the religious freedom to dissent from the new orthodoxy in public and in private, in religious worship and preaching, in teaching, and in the upbringing of children. Given the way things are in the UK presently, I have no confidence that any such guarantees will be forthcoming.