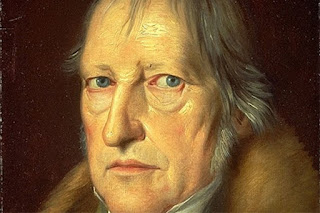 Wherever you are on the political spectrum, you can feel his eyes watching you...

[This is a repost of something I wrote back in December. Not quite sure what happened, but I seem to have pressed something at some stage which means I either have to repost or to lose it entirely. As I don't want to lose it, you'll have to put up with it again!]

Scottish readers of this blog worried by the suspicion that I am stalking Gerry Hassan and John Haldane may have noticed that, by a happy coincidence, both were present on Newsnicht last night discussing my other obsession, same sex 'marriage'. (12 December episode of Newsnight Scotland available here for seven days. The Haldane Hassan discussion is first up.)

Recovering my mental equilibrium with difficulty at the prospect of such a feast, the discussion itself proved an occasion where a fair amount of agreement was achieved between the participants, not on the substance of same sex 'marriage', but on the wider implications of the debate for Scottish politics.

Both Hassan and Haldane agreed that there was something troubling about the way that the concerns of ordinary Scots were not reflected in the Scottish Parliament. A striking instance of this was of course the debate on same sex 'marriage' where, according to Newsnicht, only eight MSPS (out of 129 seats) will oppose same sex 'marriage' (the Equal Marriage Campaign bumps this up to a whopping 10!) whilst in Westminster, not only are 99 MPs estimated to be opposed, but their opposition is far more vociferous and visible.

Although Hassan didn't seem to regard same sex 'marriage' as a critical issue in the same way that I would, there was clear agreement between the two that the gap between the performance of the Scottish Parliament and public concerns in general -a gap even greater than that between Westminster and the people- boded ill for public engagement in Scottish politics.

Haidt's central argument is that there are six moral foundations in human life, and the way in which they select and weight these foundations defines conservative and progressive (Haidt talks of 'liberals' in the US context) worldviews.

As one review puts it:


But the larger points Haidt makes are that our views are based more on moral intuition than finances, reason or even self-interest.

Both sides place high value on caring, fairness and liberty; although liberals are more into caring, conservatives more into fairness.

Conservatives are huge on loyalty, authority and sanctity; liberals ambivalent.

So conservatives offer a broader moral foundation and liberals need to crank up some moral precepts if they hope to achieve wider appeal.

In essence, both sides have a point and both need to learn from each other.

Whilst I'd want to nuance that approach in a longer discussion, that seems to me about right: a healthy politics has both progressives and liberals in some sort of constant dialectic with each other. Now I don't believe that the 'conservative' worldview has disappeared from Scottish people (God help us if it has) but it has certainly almost disappeared from the Scottish Parliament and the commentariat. And that matters, because it is in those institutions that the top down exercise of state power and the bottom up exercise of popular power meet and are mediated into some sort of modus vivendi. To focus on the Scottish Parliament for a moment, Hegel makes the following points about the Estates (ie the Prussian equivalent of Parliament):

Regarded as a mediating organ, the Estates stand between the government in general on the one hand and the nation broken up into particulars (people and associations) on the other. Their function requires them to possess a political and administrative sense and temper, no less than a sense for the interests of individuals and particular groups. At the same time the significance of their position is that, in common with the organised executive, they are a middle term preventing both the extreme isolation of the power of the crown, which otherwise might seem a mere arbitrary tyranny, and also the isolation of the particular interests of persons, societies, and Corporations. Further, and more important, they prevent individuals from having the appearance of a mass or an aggregate and so from acquiring an unorganised opinion and volition and from crystallising into a powerful bloc in opposition to the organised state.

Estates Assemblies, open to the public, are a great spectacle and an excellent education for the citizen, and it is from them that the people learns best how to recognise the true character of its interests. The idea usually dominant is that everyone knows from the start what is best for the state and that the Assembly debate is a more discussion of this knowledge. In fact, however, the precise contrary is the truth. It is here that there first begin to develop the virtues, abilities, dexterities, which have to serve as examples to the public. Of course such debates are irksome to ministers, who have to equip themselves with wit and eloquence to meet the criticisms there directed against them. None the less, publicity here is the chief means of educating the public in national affairs. A nation which has such public sittings is far more vitally related to the state than one which has no Estates Assembly or one which meets in private. It is only because their every step is made known publicly in this way that the two Houses keep pace with the advance of public opinion, and it then becomes clear that a man's castle building at his fireside with his wife and his friends is one thing, while what happens in a great Assembly, where one shrewd idea devours another, is something quite different.
(S. 302 and S.315 Philosophy of Right)

In essence, Parliament is a place where the relatively unstructured views of the people develop an articulated expression and are moderated by the exigencies of government into forms which in turn are fed back into the populace: without this place of mediation, the executive becomes oppressive and the people a mob.

It's hard to be exact about why there is no visibly conservative presence in the Scottish Parliament. One reason may be the collapse of the Conservative Party here as a result of the loathing for Thatcher felt by many Scots. Another reason may be the paralysis of normal political debate caused by (take your pick) the dependent status of Scotland within the Union, or the emphasis on the independence question by the SNP: either way, conservative energies that would otherwise be devoted to social and economic issues are instead focused on the question of Independence and the Union.

But for whatever reason, the absence of a visible and vociferous conservative voice in the Scottish Parliament is damaging, both because it alienates people from an institution where they have no voice, and because, objectively, something important about loyalty, sanctity and authority is being overlooked in public debate.