Post-Christian Nationalism: no blood, no sweat, no tears 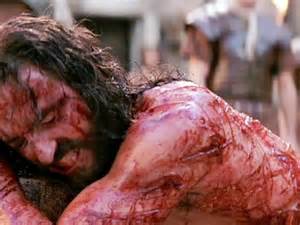 I don't quite know how an atheist morality is supposed to work (and perhaps the fairest thing to say about it is that atheists really ought to be clearer that morality in the absence of God isn't the strikingly obvious thing that many of the Dawkinsians seem to think it is). What we should do and why we should do it is always a difficult question and one that isn't made any easier by dumping Christianity.

Insofar as the less sophisticated atheists do think about the foundations of morality, I suspect that most of them are content with some sort of egoistic hedonism where the value of (say) altruism is derived from long term enlightened self-interest, that self interest being expressed in terms of feelings of pleasure. That of course makes self-sacrifice or considerable amounts of foreseeable pain quite difficult to incorporate into your morality. Compare that with Christianity where we positively revel in self-sacrifice and carrying our cross.

One of the effects of the increasing absence of a Christian 'tone' in public discourse is the consequent absence of the ideas of sacrifice. In terms of the Independence debate in Scotland, that's led to a basically utilitarian rhetoric: if Scotland is independent, things will be better because.... (And then it usually boils down to the ability to tailor economic policy to local circumstances, or the freedom from an English governing class whose policies are distorted and harmful due to an obsession with the City of London or past Imperial dreams.)

Whilst these issues are certainly important, the avoidance of a traditional language of sacrifice does add an air of unreality to the Independence campaign. When compared to earlier nationalisms -which tended to canonize the martyred dead (think Easter 1916)- the current Independence campaign seems to avoid not just the idea of death in struggle, but any struggle at all. Of course, I can see why: the day the First Minister appears on TV saying that he has nothing to offer but blood, toil, tears and sweat is unlikely to be the day that support for Independence bursts through the roof. On the other hand, it's simply implausible that a small country, in the midst of a world economic crisis and neighbour to a rather grouchy former partner would have an entirely easy time of it. Admitting that difficulty and revelling in the consequent struggle is a difficult message and one that I'm not sure is even possible in a modern, post-Christian politics. You can't even proclaim that our sacrifices are being made for our children's benefit if having children is simply a lifestyle choice (and rather a selfish one at that).

I suppose this all underlines just how radical the difference between a truly post-Christian society would be and one (as ours) that merely thinks it is post-Christian but has still not quite  (but almost) used up the cultural capital of former ages. Reading the Declaration of Arbroath provides rather a fun contrast. Quite apart from some rather nice Catholic stuff -being addressed to the Pope and going on about 'devout kisses of his Holy Feet'- which must make Protestant atheists rather queasy- you have the famous line which doesn't really have much time for egoistic hedonism:

It is in truth not for glory, nor riches, nor honours that we are fighting, but for freedom – for that alone, which no honest man gives up but with life itself.

....Mel Gibson's Wallace (can you spot the subtle analogy?)