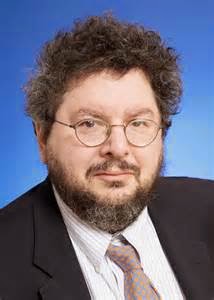 In essence, his argument is very simple. Due to the expansion of Higher Education and the change in its ethos, each new generation of Americans is being indoctrinated with a left wing progressivism. The intellectual leaders -the post-religious globalist intellectuals (PORGIs)- produce 'Airheads': those who have adopted progressivism as a worldview from indoctrination rather than conviction:

With each passing year, the proportion of Americans who were educated after the cultural revolution increases; and such people are abnormally likely to be left-liberals -not by reasoned conviction but by indoctrination.

To this problem, the solution is simple:

American education is in the hands of liberal Airheads. Take it away from them.

You do this by making use of the resources of the internet:

True, it's far better to learn from a human being than from a machine: the character of the teacher is nearly always more important than the topic being taught. But a flawed solution is better than none. The internet will let parents guide their children's education, or at least choose a guide they trust. A new breed of education mentors will emerge: schools or churches, think tanks or professional organizations, or a new kind of entrepreneur.

Whilst the Elite Universities will survive as asylums of the PORGI-ate, cultural conservatism, by focusing on internet education, will be able to generate a countervailing cultural force.

fail to see that faith in God is the keystone of two crossed arches, those two soaring arches at right angles that shelter Western civilization beneath the great span of a dramatic roof.

The nation's most serious problems are not economic or political. They are social, cultural, educational and (above all) spiritual. Conservative thinkers and leaders tend to ignore such problems. But our cultural oxygen is being displaced by a steady seep of poison.

There's much to dislike about the book. Gelernter (as is obvious from the above summary) is one of those cultural warriors who is engaged in fighting talk as much as dispassionate analysis. Some of his diagnoses are too simplistic. His internet solution avoids detailed questions about how (eg) MOOCs generated by PORGIs will not simply reproduce existing biases (but with a lower level of quality and without the conservative/realist pull that face to face interaction with other human beings and their frailties can bring). It's also an American analysis and doesn't quite engage with UK phenomena such as the transformation of the classical curriculum of the public schools into the Nietzschean chutzpah factories of an economic elite.

That said, I think the main run of his analysis -that Higher Education is engaged in the indoctrination of progressivism into successive generations- is broadly correct. Whilst this has implications for the nation, I want to focus on the implications for the Catholic Church. Within the UK, the position of Catholic schools is reasonably clear: many, if not most, have not succeeded in explaining, let alone convincing their pupils of the truth of, Catholic teaching. At the Higher Education level, the almost complete absence of any Catholic Higher Education, let alone orthodox Catholic Higher Education, makes the UK case even more acute than that of the US where Catholic institutions do exist, even if sometimes only in name.

Gelernter's internet solution has its limitations. But for the average, intelligent, university educated Catholic who wants to get a Catholic philosophical and theological education commensurate with their academic achievements in other subjects, serious thought about how the Church can guide them through the wealth of learning on the internet might provide the best hope of that sort of serious formation that those who are the children of the children of the cultural revolution need to escape progressivism. The aim should not be so much to set up expensive validated degree courses, but to establish that informal guidance that will allow self-directed learning: curricula, guides to MOOCs, generation of new material if necessary, self help groups (perhaps along the line of the University of the Third Age).

My biggest worry? Well, apart from the practicalities, it's precisely that problem of PORGI capture that I mentioned above. If now you asked leading Catholic educators in this country to generate, say, a curriculum for a basic three year full time equivalent theology course for graduates in other subjects, what would they come up with? And the answer to that, of course, would be that it would depend heavily on whom you asked...