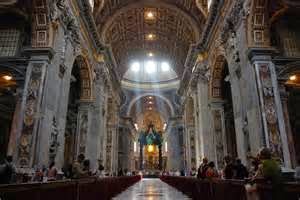 I've been relatively silent on the blog recently. Mostly, this is simply having a lot of (proper) work to do. But I'd be disingenuous if I didn't admit that the confusion of the Synod on the Family, the aftermath of the Independence referendum, as well as some personal experiences, the month of the dead and the serious illness of a member of the family haven't been in there in the mix. So that's the blooming, buzzing confusion...

And you can add into that the usual fizz of whatever I happen to have come across intellectually in the meantime. Let's pick something I came across this morning:

So where does the opposition to introducing philosophy into the curriculum at GCSE level come from? The people who are afraid of the open discussion of ideas are primarily those who are nervous whether their own faiths and dogmas will not survive scrutiny, and do not want the discomfort of finding that out. But such people are not really interested in one kind of education rather than another. They are the unimaginative forces of reaction and complacency – the enemies of education.

Now, I don't have immensely strong views on whether there should be a GCSE (or the Scottish Curriculum for Excellence equivalent) in schools. But to the extent I had to give an answer, I'd probably be against it. I'm not against the open discussion of ideas, but (having children of that sort of age myself) I'm aware of the limitations of 'open' discussion at schools. You have the immense difference in power relationship between teacher and student. You have a a social climate which is very open to discussing some 'faiths and dogmas' and very closed to discussing others. You have the difficulty in finding teachers who are sufficiently wise to replace Socrates. You have the ignorance (inevitable) of the young. You have the limited sense of what 'philosophy' involves. (I'd be delighted to think that GCSE philosophy would involve disruptive interventions such as practicals in Iamblichean theurgy or studies of Heidegger's Nazism, but I suspect not...) It's all difficult enough in the context of a full time university degree in philosophy. But squeezed within schools?

I suspect what you'd get (in a phrase I've only just come across but which I intend using a lot) 'philosophes de service': philosophy put at the service of a certain complacent and 'modern'  worldview rather than a true, Socratic search for wisdom. It all reminds me of that ghastly sense which you sometimes (rather too often) get in the Catholic Church that every theologian you meet is a heretic. I wouldn't mind so much if these were intellectuals who sometimes, at least in the dark of the night, wondered if they might, just possibly be wrong. But too often it's some ghastly blend of magisterial phenomenology (compare its near relation, Oxbridge analyticism), a battering of words from which the student emerges dazed and able to be pointed in whatever direction the psychopomp has decided on. Much better, on the whole, I think, to let reality in and let the dearest freshness deep down things speak for itself: Shakespeare, Homer even science can provide a more reliable escape from Plato's Cave for the young...

A moan, then. But the odd thing from all this (and this is the parachronicity) is that I find myself quite unable not to be a Catholic. It's all ghastly, and yet, it's ghastly within that Catholic space. I find myself emotionally confused, and I pray. I find myself intellectually thrown around, and I read Aquinas. I fear death, and I picture myself dying holding onto a crucifix and the image of Our Blessed Mother. These are not so much remedies (in many ways they don't comfort but structure) as bedrock. One discovers, unexpectedly, that, at least for oneself, Charles Taylor is wrong:

Taylor might say: “I am uncertain and sometimes even uneasy about my own religious ‘construal.’ My doubts are only compounded when I realize how easily I could see the world differently. I do have a sense of God’s reality—it seems a compelling explanation of my personal experiences—but I’m not absolutely sure I’m right, especially when I consider the ‘construals’ of non-Christians, some of which are reasonable and which I could adopt without dramatically altering my life.”

So 'parachronicity': that clash of events that makes life appear meaningless, and yet, oddly, highlights the meaningful space within which that meaninglessness takes place.