More on McLennan and safeguarding 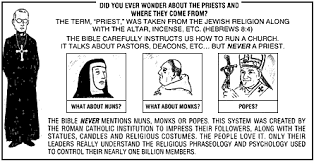 The culture of secrecy

Ttony of The Muniment Room asked a really good question in the combox of my previous post which has kept me reflecting over the past few days:

I was struck by the Japanese PM last weekend saying that Japan is reaching the point at which it should stop having to say sorry for WWII. Leaving that question aside, what point would our Church have reached for us to be able to say that it could stop apologising? Obviously there's no answer, but charting the course that gets us from here to there at least involves facing up to the enormity of what this means for us all.

As he notes, it's a good question which obviously has no answer. And yet, why does it not have an answer?

In turning this over again and again in my mind, I was reminded of a bit in Sean O'Casey's Autobiographies where he basically tells a survivor of Stalin's gulags that he doesn't believe his story of suffering because of his loyalty to Communism. (So my memory tells me. But I've flipped through the indexless volumes and can't find it. It was many, many years ago since I last read them. Did I dream it? Anyway...) When I read that as a teenager, it struck me as utterly appalling. And it is that danger that Catholics must avoid. I love the Church. I will die a Catholic. And yet none of that, indeed because of that, nothing must stand in the way of hearing and recognising the truth.

Yet. Yet. One reads Catherine Deveney's piece in the Guardian. The apology 'rings hollow to me' she says. I sympathise. I'm not a great fan of institutional apologies: I'm not quite sure what they are, what language game they're part of. Normally, one expects agency and a resolve to change. I did something. I will not do it again. In the case of Japan, the narrative goes something like this. My nation deliberately inflicted harm on others as a result of a militaristic culture. We are sorry for having done this and we have changed. We are resolved never to do it again.

They process slowly to the altar, Scotland’s Catholic bishops, their elaborate robes and red zucchettos symbols of their power and status. Around them, the light, honey-coloured stone arches of St Andrew’s cathedral in Glasgow soar, Italian-style embellishment spiralling up the slender columns in Madonna-blue paint and gold leaf...I am struck – not for the first time since the resignation of Cardinal Keith O’Brien two years ago – by the way opulence sits cheek by jowl with ugliness inside the Catholic church.
[...]
The Catholic church had shaped my childhood. Flickering candles and the heavy scent of incense. Shadowy statues in dimly lit churches, the crucified Christ crowned with thorns and stained with blood. For me, those candles now flickered precariously and the bleeding figure of Christ took on the shape of abused children.

Deveney's Church is one that needs as much of a complete change of culture as did militaristic Japan. (One imagines that the flickering candles and talk of mysteries would have to go just as certainly as did Emperor worship and subuku.) It is frankly an impossible change. All one can do is to walk away from the shadows into the light (as one assumes Deveney has done).

Apologies are made for something to someone. If the 'someone' here is Deveney or Gerry Hassan with his glib talk of 'systemic' cover up, then the something is really beyond repair: it must simply be done away with. And that I guess for the majority of Protestant or secularised Scotland is straightforwardly the case. If we sweep away the candles, and the priests, and the doctrine, then and only then might we be in the position of the New Japan. In this narrative, a Japan-like apology does make sense and, even if at some distant point in the future, the need for apology might stop when we are completely new, a completely different Church.

For too long the Catholic church had been allowed to be lawmaker, judge, jury and hangman in its own world.

Which world is this? In Ireland, much of the evil done was a result of the interpenetration of state and Church. But Scotland? There is a police force. There are courts. There are industrial tribunals. None of these are controlled by the Church. Any organisation, academic, industrial, governmental, professional, tends to the protection of its own, to its secrecies. Certainly there must be a willingness on the part of citizens to co-operate with law, but it is in the nature of criminal law that it must push against the reluctance of criminals and those around them  to be discovered. And as far as concrete evidence is concerned, the McLennan report states:

2.41 A senior social worker told the Commission that the Catholic Church was no worse than other big institutions in its reluctance to engage with the authorities.

This has been a rambling post simply because I do not have a solution. To try to answer Ttony's question, there is no point at which we could stop apologising. Personally, I dislike institutional apologies: I'd much rather see concrete work done on the three questions.

Perhaps real advance here would make the apology sound less hollow. But an apology made to those who think the Church should simply disappear will never suffice. Fair enough. In the end, I care less about what people think about the Church than that it does the right thing.
Posted by Lazarus at 07:16