The Killing III -the end 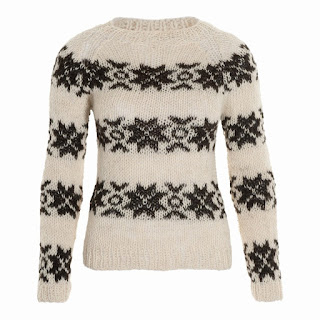 So goodbye Sarah Lund! Can't imagine how running off to Rekjavik is likely to work as a long term strategy for evading Danish justice (perhaps you could try the Ecuadorian embassy as they seem to have experience in dealing with Scandanavian extradition claims?) but still...

As I blogged on Borgen, Danish marriage seems a decidedly unstable affair. As far as the Killing III was concerned, it's hard to think of a single enduring marriage of any of the characters. Moreover, the constant dealing with grumpy ex spouses, jealous current partners and disgruntled children seems to get in the way of everything else. (Can't help thinking that Lund would have solved the crimes much more quickly if she hadn't been so distracted trying to deal with her estranged son, who spent much of the series acting like a complete plonker with his pregnant girlfriend.)

Although the son does seem about to do the 'right thing' (no, not marriage! just not dumping her and running off to sulk) with his girlfriend at the end, the general narrative about relationships is that they don't work. If you're watching these programmes as a young adult, you're being introduced to the expectation that the really hard work of any relationship is working out how to deal with the children and partners from the last relationship in the brief time you have together before rushing off with yet another partner.

If philosophers like Alasdair MacIntyre and Charles Taylor are right, narratives form a central element in human flourishing. Human beings need challenges, and the key to interesting narratives is showing what those challenges are and how to deal with them. Judging by Scandanavian TV, the current narratives are creating an expectation of successive relationship failure and showing the interest of a life to lie in how we deal with picking up the pieces of that failure whilst juggling a career. This is opposed to more traditional narratives which focus on the everyday failures within a marriage, and take the interest of a life to lie in dealing with those failures whilst retaining the marriage.

I've noticed, talking to my children, that romantic break ups are really the key interest of much of their contemporaries' lives: the challenge seems to lie not so much in continuing a relationship but in screwing them up in interesting ways and enjoying the bittersweetness of romantic failure.

So is that the future or even the present reality? Rather than pouring one's energies into building a marriage (what I seem to remember Anthony Burgess describing as a 'little civilization') and thus a stable platform for work and contemplation, we are encouraged to create and enjoy failure...