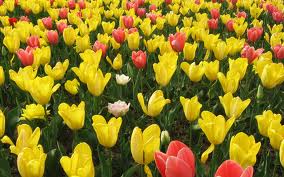 With my finely tuned paranoia, I've been detecting the occasional sneer in Catholic blogs against the use of the word 'flourishing', a sneer directed at liberals who use the word as a cover for their plan to smuggle in liturgically dancing female bishops and contraceptive waving gay married priests and thus undermine the Church.

Although none of this has been directed at me, I can't help feeling a little involved because -and I know this will be a shock to the more sensitive among you- I am a regular user of 'flourishing'. Indeed, in my non-blogging life, the word is hardly ever off my lips. So have I turned? Am I coming out in favour of liturgical dance and group hugs round the altar?

...this translation can easily give a misleading impression. 'Happiness' in English suggests a feeling of one kind or another, perhaps a feeling of contentment,or delight, or pleasure. Aristotle makes it quite clear that he does not have any such feeling in mind at all. At X, 7, 1177a11 [in the Nicomachean Ethics] he says that eudaimonia is achieving one's full potential; and that surely is not simply a matter of feeling, even if to do so would be very satisfying.

In other words, the modern English word 'happiness' tends to conjure up ideas of feeling pleasant, whilst Aristotle's 'eudaimonia' is an objective assessment of successful human living: roughly, 'eudaimonia' is as much of an objective test in a human being as blooming is of flowers. (No need to ask your petunias how they are feeling, unless you're the Prince of Wales...)

As a result, alongside 'happiness', you'll find various other translations of 'eudaimonia', including 'success', 'fulfilment', 'living well' and, you've guessed it, 'flourishing'. In the modern (secular) academic version of Aristotle's ethics, virtue ethics, the use of 'flourishing' is common. So the use of 'flourishing' in these areas is not the result of some deeply suspect liberal desire to swing our pants and hang out with the cool kids, but rather an attempt to emphasize the objective side of eudaimonia rather than just feeling pleasant.

I'd not really picked up that 'flourishing' has become the pet word of suspect Tabletista types. If it has, I suspect that it's down to the fact those who have any sort of ethical or philosophical training at university level in the UK will have come through academic departments where, in the study of Ancient Greek ethics or modern virtue ethics, 'flourishing' is a standard translation of 'eudaimonia'. Of course, noting that 'flourishing' is a perfectly reasonable word to use in ethical discussions does not settle the ethical substance that this word describes. As Aristotle puts it (EN I 4 1095a17ff)

Verbally there is very general agreement; for both the general run of men and people of superior refinement say that it is flourishing, and identify living well and faring well with flourishing; but with regard to what flourishing is they differ, and the many do not give the same account as the wise.