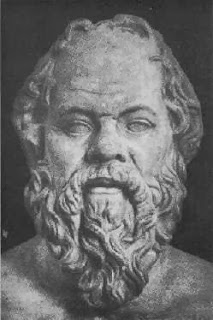 Did Socrates contribute to the Vatican consultation?

The consultation -at least in the two largest dioceses in Scotland- appears to be still open. Glasgow has its questionnaire up until 10 December (here) and St Andrews and Edinburgh until 15 December (here). (What's happening elsewhere in Scotland?? I'd advise other Scots Catholics to submit responses via one of the above routes if you don't think your voice is going to be heard otherwise. Glasgow's online questionnaire is probably the most straightforward.)

I think I've done all I can do now: attended the parish discussion group, sent in a response, blogged. In my original post on this (original post here, follow up here) I linked this specifically Catholic consultation with Gerry Hassan's constant plea for a deeper set of conversations about what sort of Scotland we would like to see. Now the dust is settling a bit on the substance of the consultation (and remember kids, the correct answer is 'show lots and lots of compassion but don't change the teaching -just explain it better') I'd like to turn back a little to the process.

Václav Havel in his essay 'The power of the powerless' and elsewhere makes a great deal of the way in which (most obviously in totalitarian societies but more generally in modernity) we fail to live truthfully, going through the motions in order to live a quiet life:

Ideology is a specious way of relating to the world. It offers human beings the illusion of an identity, of dignity, and of morality while making it easier for them to part with them. As the repository of something suprapersonal and objective, it enables people to deceive their conscience and conceal their true position and their inglorious modus vivendi, both from the world and from themselves. It is a very pragmatic but, at the same time, an apparently dignified way of legitimizing what is above, below, and on either side. It is directed toward people and toward God. It is a veil behind which human beings can hide their own fallen existence, their trivialization, and their adaptation to the status quo.

This 'ideology' isn't just a system of ideas, but a set of practices, such as the greengrocer who displays the sign, 'Workers of the world, unite!' with a complete indifference to its actual meaning. I rather feel like this about the consultation. I have taken part as honestly as I can. But frankly I don't think it's going to make any difference, not because the Catholic Church is a Stalinist organization which will ignore all democratic voices (it isn't), but because it is a Church of one billion people most of whom are appalling ignorant about theology and philosophy. Even if we were one billion Thomas Aquinases, I don't know how the consultation would work: there are just too many people responding in too many different types of way for it to provide clear results. Given that most people replying will have no deeper understanding of what they are commenting on, the results must be even more dubious.

I came away from the Parish meeting both cheered and depressed. Cheered because I was reminded just what decent people most Catholics are. All of us were acutely conscious of our own failings. All of us were focused on serving God better. All of us took it seriously and let others have their say. That was the plus side and it is a big plus side: the Church is a good place to live in and (Dawkins, stop sniggering at the back!) to bring up children in. But in terms of the substance of what was said, it was a bit depressing. I'm not so much talking about the lack of clarity on teaching or confusion about what to do with it -anyone who's tried to discuss moral philosophy with non-professionals is familiar with that mixture of goodwill but hopeless intellectual naivety- and I think we're all aware of the state of catechesis since the sixties. But given it was a consultation, it's very hard to see what our Parish priest is going to feed back: I came away not even sure that I'd made my points as clearly as they might be made given the format of the discussion; I had little sense of what might be made of the rest of the contributions.

And when you add in the distortions of questionnaires that are anonymous and can be filled in by anyone (Dawkinsians, whatever), the likelihood that only the motivated will contribute etc etc, there's a horrible and familiar feeling of going through the motions which is familiar to all of us from the modern apparatus of elections, personnel assessments and so on, that Havel is gesturing towards.

There's far too much to say here to say it. But one of the problems with the current process -and this applies to Hassan's 'conversation' as much as to the Vatican consultation - is an absence of a Socrates: someone who does have the authority of intellect (or as Socrates might put it, a 'daimon') and who uses it to probe and test. Too much of the Scottish 'imagining' of a better nation is done within the slush of a progressive consensus; too little real intellectual horsepower is brought in to stamp some shape onto this prima materia. (Much has been made of the good quality of the debate on same sex 'marriage' in the Scottish Parliament. And yet nothing was said to connect up the question with a hinterland of ideas, nothing that suggests -as is at least sometimes the case in France- that there is an awareness of how the issue of same sex 'marriage' joins up with deeper questions about the relationship between the sexes and human identity.)

And in the Vatican consultation, the laity speak, express their experience, but, at least for the moment, there is nothing of that testing of that raw experience by the voice of the divine, God as that Spirit above all daimones, which forces us to stop living on the surface and actually to dive into that deeper engagement with truth.
Posted by Lazarus at 03:30