Natural Law and the Instrumentum Laboris on the Family: part 3 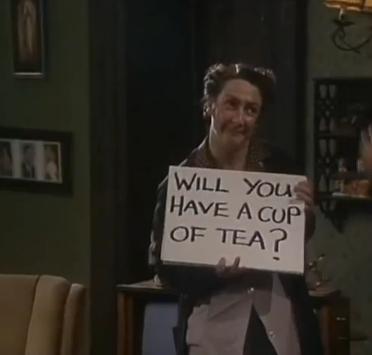 So we're calling Natural Law that commonsense, rational morality that people get just from knocking about the world, thinking and reflecting on their experience, but particularly from those human beings who, being virtuous, are practically wise.

I think the first thing to notice is that we're quite a long way into explaining natural law, and, except to mention that such functions aren't the reason why it is natural law, we haven't come across them yet. Moreover, if you turn to Aristotle's Nicomachean Ethics (which is as good a starting point of natural law reasoning in the Catholic tradition as anything else) you won't find such arguments about physical bits. (Nor -so far as I can see- are they frequent in the one volume manuals of moral philosophy that neo-Thomists used to produce. (My current favourite -Rickaby's Moral Philosophy- doesn't seem to touch on it.) ) Now that doesn't mean they aren't there, but it does mean that they are neither the most important aspect of Catholic ethics in general, nor even of the relationship between the sexes -which is explored in the context of marriage (or as Aristotle puts it, the household). That is pretty much a standard feature of Aristotelian methodology: to examine the standard case (in which men and women have children and bring them up) and only then, to examine marginal cases.

Now this reflection is certainly based on thoughts about what is beneficial and harmful to people, what is central to their flourishing and what is unimportant or even opposed to it. That certainly involves reflection on what human beings (and the sexes) are, and how they develop and mature. But it isn't necessarily refined into the metaphysics of Thomism: of forms, of actus and potentia etc. Certainly, the commonsense view of what people are like, and how they should grow and mature, can easily be re-expressed more formally in the language of essence (what it is) and a distinction between what something is (act) and what it might become (potentiality). But that's neither necessary in most cases nor is it a matter of bits of people, but people as individuals: individual human beings are substances with forms, and it is these, rather than their organs, which are the primary unit of ethics.

So to the extent that Catholic ethics adopts (either implicitly or explicitly) a Thomistic approach which involves reflection on nature, that nature is human nature as a whole: the 'what it is' (essence/form) of the person and not physical bits of them.

What then is the place of reflection on the 'bits'? I suppose one example here is Finnis' (PDF here) esp pp.8-11. But note Finnis' comment on the argument (p11):


Does this account seek to "make moral judgments based on natural facts"? Yes
and no.  No, in the sense that it does not seek to infer normative conclusions or theses
from only non-normative (natural-fact) premises.  Nor does it appeal to any norm of the
form "Respect natural facts or natural functions".  But yes, it is to the realities of our
constitution, intentions and circumstances that the argument applies the relevant
practical reasons (especially that marriage and inner integrity are basic human goods) and
moral principles (especially that one may never intend to destroy, damage, impede, or
violate any basic human good, or prefer an illusory instantiation of a basic human good
to a real instantiation of that or some other human good).

Now, I accept that there is much that is obscure here. (If you think this is the central argument of Catholic sexual ethics, of course you'd be worried by that. But if, like me, you interpret it as merely the exploration of some of the detail which follows from the basics, then you're less worried and more intrigued at this new line of thought.) I take the heart of the reasoning here to be something like this. (My words:)

Clearly much more to be said here. But let me make the following three points:

a) This reflection on 'bits' and their functions takes place (as argued in the first post) against a background of the perception of the practically wise person. It thus takes place in a context and cannot be ripped out of that context nor regarded as a foundation of it (rather than a development of that foundation).

b) Something clearly has to be said about how one relates to one's body and one's biology: not just any attitude is right. (What if a child used his penis to stir food? What if a girl used her vagina as a storage unit?) To concede that there is a question of proper and improper use is to open up a conversation about what those proper/improper uses are. Finnis' observations are contributions to that conversation.

c) There is a particular danger in the (post?) modern world of decorporealization and fantasy: that is, to pretend that one is a disembodied mind and to confuse what one wishes with what is. This danger is clearly present in sexual intercourse. One wants it to be a simple, unproblematic pleasure. In fact, it is a corporeal reality which goes beyond our wishes (pregnancy, disease, emotional attachment). Part of recognizing what sex is is to recognize it as an important (in evolutionary terms, perhaps the central) activity of a biological organism: what one then feels and does about that reality is not a marginal issue in human flourishing.

a) To the extent that nature means more than just non-supernatural in natural law, it is primarily a matter of reflection on human nature as a whole -what people are like- rather than this or that function of an organ.

b) To the extent that reflection on the functioning of organs (particularly genitalia) does play a role in Catholic sexual ethics, it is i) a relatively minor one; ii) certainly a subsidiary one; and iii) one that deepens the perception of the practically wise person and has to be read in that context, rather than operates as a stand alone argument.

The main message is that this issue about genitalia is a side show: Natural Law is natural primarily because it isn't supernatural (ie it doesn't depend on revelation). The main addition to that is that, by thinking about what people are (ie their nature -their 'what it is'), we develop our ethical understanding.

This, however, leaves open the question of precisely what sense we are to make of 'what people are'.