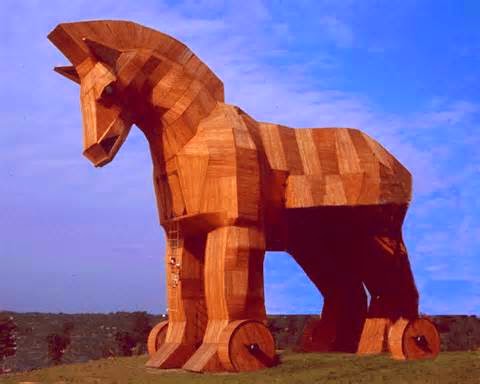 The main problem with it is that it's a prosecutor's narrative: Clarke has a clear sense of what he believes has happened, and picks the evidence to support that narrative. If you think that truth in assessing complex interpersonal exchanges (ie rows in schools) or complex philosophical issues (ie the place of a culture and religion in schools) is susceptible to neat accounts from one perspective, you might be fine with the report. If you suspect that one man's judgment, particularly with the skill set of a former policeman concerned with terrorism, might well need to be tested before being accepted, then you'll want to dig a bit more deeply.

Here are some specific problems with it:

1) It doesn't take seriously the argument that the schools are simply reflecting parental culture.

The main narrative of the report is that schools were taken over by an organized body of activists trying to impose 'a particular hardline strand of Sunni Islam' (p13). Although it notes that it is claimed that such a 'hardline strand' is simply reflecting the Muslim culture of the majority of parents, it doesn't really take that claim seriously. But the reasons for this rejection of the claim are less clear. In particular, despite saying

On the contrary, while the majority of parents welcome the good academic results that some of these schools produce, they do not demand that their children adhere to
conservative religious behaviour at school. Indeed, I received evidence that
this would be supported by only a minority of parents. (p12)

there is no explanation of what such evidence consists in other than a few anonymous opinions. Indeed, Clarke gives at least two reasons for thinking that the evidence for his claim is likely to be extremely weak:

a) he didn't interview or survey parents:

I deliberately did not visit schools; nor did I seek to interview children or their families as I felt this could run counter to my intention not to add to the anxiety that young people and their families must inevitably be feeling (p8)

b) he refuses even to countenance the likelihood that Muslims attitudes will not be the same as those of a metropolitan elite:

Tahir Alam, the chair of governors of the Park View Education Trust told me in an
interview that he believed that Monzoor Hussain reflected the educational attitudes and aspirations of the community. This cannot be right, since it would be absurd and deeply offensive to argue that the Muslim communities of East Birmingham share the intolerant views put forward by those who contributed to the ‘Park View Brotherhood’, and which were
largely left unchallenged by Mr Hussain. (p74) [My emphasis. I'll say more about the substance of the 'intolerant views' below.]

2) It is extraordinarily vague about what is wrong with the 'particular hardline strand of Sunni Islam'.

The specific charges levelled against the schools are often vague and impressionistic. They are often anecdotal (eg one problem in one school is taken as representing all schools).

For example, in a table of 'behaviours observed in schools' (p122) (and could someone point out to Clarke that (consistently) treating adults as 'behaving' certainly lays him open to charges of distancing 'us' from 'them': we act; they behave) there are two columns that are particularly relevant. 'Attempts to introduce a more Islamic character into schools' and 'Sympathy to extremist views'. Only two schools (out of the 14) showed even the possibility of the latter. 12 out of 14 showed the former. But why should that be surprising? There has been (from the 'opposing perspective') an attempt to raise standards by creating a culture within the school more in harmony with the children's religious and cultural needs. Why should this aim in principle (which is necessarily given the nature of the population from which the schools draw their pupils 'to introduce a more Islamic character' ) anything other than totally reasonable?

A more specific charge is made against 'the Park View Brotherhood':


I took possession of the contents of a social media discussion
between a group of teachers at Park View School that for much of 2013 was
called the ‘Park View Brotherhood’. It was initiated and administered by Mr
Monzoor Hussain, the Acting Principal, and was joined by influential teachers
within the school. The evidence from more than 3,000 messages spread over
130 pages of transcript shows that this group either promoted or failed to
challenge views that are grossly intolerant of beliefs and practices other than
their own. (p11)

Now the views expressed (how often? 'The majority of the postings are innocuous and often mundane' (p58)) in this group show (allegedly)

explicit homophobia; highly offensive comments about British service personnel; a stated ambition to increase segregation in the school; disparagement of strands of Islam;
scepticism about the truth of reports of the murder of Lee Rigby and the
Boston bombings; and a constant undercurrent of anti-Western, anti-American
and anti-Israeli sentiment.(p56)

Readers will have to make of the (very few) possibly objectionable posts what they will. Some strike me as simply the sort of banter that you get in online groups (eg about women doing the cooking (p57)); others (eg about separation of girls and boys) an honest attempt to thrash out how to deal with the educational and cultural issues involved in educating boys and girls (p60 Exchange between teachers: 'It is important to teach boys and girls to know how to interact with opposite gender in a healthy manner/Equally important to create an environment that doesnt promote sexual promiscuity). The worst example is the posting of a picture of 'an offensive image of a lavatory roll imprinted with the Israeli flag' (p58). Not nice, but a) an isolated incident' b) welcome to online discussions on the Middle East; and c) welcome to a general anti-Israeli sentiment amongst Muslims. (Can we please prosecute any teacher who tweeted an off colour remark/photo about the Papacy?)

Much more important: no evidence whatsoever is shown that these privately expressed opinions carried over into the daily life of any school.

The report is full of anecdotal evidence without any attempt to critique it or examine its evidential value.

The worst example of this is the account given by one headteacher of his troubled relationship with the governors. This takes up ten pages of the report (pp23-32) without any challenge from an alternative perspective. I've had some experience of governing body/headteacher clashes. I know (in a far less charged situation) what the headteacher would have said about the clash. I know what some of the governors said. Anyone who has worked in any organization will recognize quite how difficult such situations are to get a grip on. Certainly, a one sided presentation of a particular participant's views isn't the way to get to the truth.


4) General lack of sympathy with the governors' approach

Michael Gove was widely criticized by talking about the education establishment as 'The Blob'. But there certainly is a pervasive culture among many educational professionals that would be unsympathetic to a) parental influence on a school; b) religious influence on a school. The two opposing narratives in the Trojan Horse schools cases are: 1) Islamists were trying to take over the schools; 2) Concerned parents and activists were trying to take over the schools to improve standards by introducing a cultural and religious environment more in tune with parents' beliefs. Now the actual effects these two approaches would produce in the day to day life of a school might be quite similar on the face of it: it's the reasoning behind it (and the value of the changes) that would be a matter of dispute. The report relies much on the idea that 'no smoke without fire': whatever the individual facts, there is a pattern of Islamicization and criticism of that. But of course! If we take narrative 2), we'd expect  a pattern of increased Islamic 'behaviours' and a pattern of increased 'Blob' reactions. Clarke completely dodges this analysis simply because he is clearly out of sympathy with the attempt to improve standards by digging down deeply into the home culture. A particularly silly example:


. For example, in the teaching of modern foreign languages, pupils were
encouraged to study Arabic to reflect their background and provide
greater access to their religious and cultural heritage (despite the fact
that the majority of Muslim pupils in Park View School are from a South
Asian background). (p50)

So imagine the Catholic equivalent: pupils encouraged to learn Latin. Clarke ridiculing this because we're from a Northern European background.

Why am I going on about this? Because I think, perhaps more than anything we've seen in the past with Catholic schools (who, in many cases, have simply rolled over and swallowed the secular agenda) we're seeing here the culture war in schools in its full rawness. In essence, the parental right to educate children as they see fit and the religious right to pass on that religion in its fullness and depth are being challenged. Of course there are difficult issues here about ensuring (eg) children are fit for the wider society they live in and that civic peace is preserved. But the modern liberal desire to impose homogeneous opinions on a population (eg on homosexuality, on Israel) rather than finding ways for differences to live agonistically but peacefully with each other (which is to say politically) is going both to destroy the real academic gains that these schools seem to have made, and to ensure that Muslims are further marginalized in our society. (And for reasons that, once the present mess has died down, will be found to apply equally to Catholics and other groups that don't toe the line.)