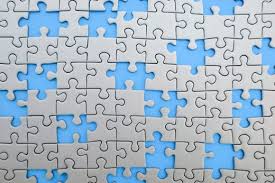 Looking for the overall pattern


What the author of Wisdom and  and after them the Fathers and theologians had constantly taught, has been solemnly defined by the  Council. In the first place, as against Agnosticism and Traditionalism, the council teaches (cap. ii, De revelat.)
that God, the first cause (principium) and last end of all things, can, from created things, be known with certainty by the natural light of human reason (Denz., 1785-old no. 1634)
and in the corresponding canon (can. i, De revelat.) it anathematizes anyone who would say
that the one true God our Creator and Lord, cannot, through the things that are made, beknown with certainty by the natural light of human reason (Denz., 1806-old no. 1653).
(Catholic Encyclopedia1909)
Prompted at least in part by William L. Craig’s debating tour, there has been some discussion of proofs of existence of God in the blogosphere. The Bones speaks of the need some sort of personal trigger for belief; Godzdogz in a post on 3 November sets the challenge of taking arguments like Craig’s to a wider, non-Christian audience  ‘to show by the same rational argument and faithful witness, that Christianity is reasonable faith’. The Thirsty Gargoyle (here and here) comments on the unsatisfactoriness of staged, public debate as a vehicle for exploration of the truth as well as analysing some of the arguments in more detail.
Catholicism, unlike most Protestants, teaches that the existence of God is provable by human reason. Moreover, it teaches that moral truth can be arrived at by human reasoning. This strong rationalist streak in Catholicism ought to make us more effective contributors to the culture wars than we often are: we can talk a language of reason and rational persuasion that many Protestants (and indeed Muslims) have replaced by simple reliance on scripture and bearing witness rather than seeking rationally to persuade.
But what does such reasoning look like? The dogmatic teaching that we can know with certainty the existence of God by reasoning does not state which proofs perform this service. Equally, although we may know the natural law by reason, the precise nature of that reasoning is left open.
Personally, I can think of very few knock down philosophical arguments, especially in the areas of morality and metaphysics. And yet, it wouldn’t be true to say that philosophical arguments haven’t led to my present views in all sorts of areas: it’s just that I wouldn’t describe my acceptance of any of those arguments individually as unconditional. One way of thinking about the process of being convinced in natural reason is as gradually building up a (more) coherent view of the world. I may not be completely convinced by the argument from design. But by entertaining the argument from design, I begin to see nature as God’s will and thus –in some way- to be respected. And by seeing it this way, the argument from design itself becomes firmer in my mind. And so on until an interlocking, mutually supportive web of reasoning forms, linking various aspects of the world into a coherent, aesthetic vision, this vision in turn supporting the various arguments in, eg, the proof of God.
There are various ways into this coherent vision. For some, it may be being struck by the glorious vision of an institution, the Church, which has produced some of the finest art and thought in a continuous 2000 year history. For some it may be through seeing the moral coherence of the life of a saintly individual, and tracing through that internal coherence, the lines of belief which run from that individual out into the Church and the world. For others, it may be the stark intellectual beauty of Aquinas’ arguments for God’s existence. But once we have entered that vision, we need to keep pursuing its threads, intellectual, moral and aesthetic, until its organic unity is appreciated and in some sense made our own. (A process only to be completed in the BeatificVision.)
If that picture of belief is anything like correct, what are the conclusions for engaging with a non-Catholic public? Here are some suggestions:
1)      The same thing won’t work with everyone. You need a variety of different types of personality presenting different paths into the whole vision.
2)      As a whole Church, we need to work at two levels. We need to try to present the sense of the organic whole; at the same time, we need to work on a piecemeal basis to find a successful path into that vision.
3)      Success on a piecemeal level is rarely total. For example, success in the area of natural theology does not necessarily mean that someone is utterly convinced of the force of any particular argument for the existence of God. But it might mean that she can at least see that the argument has something going for it.
4)      There is a strong aesthetic element to this: getting someone to see something in a certain way. And reason giving in aesthetics is not a matter of arguing to a conviction, but often of pointing things out. (‘Have you noticed how Poussin uses blue to draw the eye in?’ ‘Have you noticed how the skull placed here reminds us of death?’)
6)      Noticing beauty –moral, intellectual and artistic- is an essential part of seeing the world aright.
Posted by Lazarus at 00:41