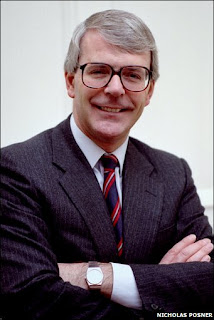 Well, it's not that much fun being a Scottish Catholic just now, is it? Cardinal O'Brien's admission that there is some substance to the allegations against him didn't really come as much of a surprise to me: they did have the ring of truth about them and, quite apart from any question of the propensity of leading Catholics to be caught with their pants down, I've stopped being surprised by the sex drive of men and what it brings them to.

I don't have much more to say on the Cardinal O'Brien affair specifically except that we do eventually need greater clarity on what he actually did: the best thing he and the Church can do now is to be open about what happened. Other than that, I shall be praying for the Cardinal and those who have been hurt by him.

On a more general point, however, we are having a torrent of commentators suggesting this or that needs to be done as a result of Cardinal O'Brien's antics. I'll deal with the 'crisis' in the Church in a later post, but what many commentators are failing to address is the structural problem that simply is impossible to rectify.

The Catholic Church has two aspects that make it particularly vulnerable to scandals like Cardinal O'Brien's. First, it has a clearly articulated, counter cultural view of ethics. Broadly, it says strong things that people don't want to hear. Second, it has the appearance of a chain of command: there is somebody (the Pope, a bishop) where the buck appears to stop.

Taking the first of these, the current cloud of misery surrounding the Church reminded me of the 'back to basics' debacle that hit the Conservative party under John Major. Having articulated a vision of a Britain returning to family values, the party was hit by a string of scandals (listed here) which made the party subject to the charge of hypocrisy. (Admittedly we haven't yet had a Cardinal waving a pickaxe at a protester -as did Allan Stewart- but it is surely only a matter of time.) Politicians as a result have abandoned any sort of moral crusade precisely because it leaves them with the inevitability of being 'found out'. (Or in Major's own case, not being found out whilst enjoying Mrs Currie.) But the Catholic Church does not have the luxury of abandoning the teaching of ethics.

Turning to the second, as the estimable Thirsty Gargoyle has long pointed out, the appearance of the Catholic Church as a monolithic structure with clear lines of command and control is largely an illusion:


The crucial thing about Church structure...is that contrary to popular mythology it is incredibly decentralised, and communication is almost always a bottom-up rather than a top-down phenomenon. With the all-important exception of doctrine, given the teaching authority invested in the Pope as successor to Peter, the flow of information goes from the parishes to the dioceses and from the dioceses to Rome and does so on a voluntary basis: the quality and comprehensiveness of the information being supplied is wholly in the hands of the supplier.

The control works in one field alone (and even there with mixed results): the teaching of doctrine. But because there is that appearance, the immoral or criminal behaviour of one man appears  peculiarly damaging. Unlike other organizations which can shrug it off because it happened in only one isolated team, the appearance of the structure inevitably leads to the question: what was the Pope doing about it? Moreover, the problem is diachronic as well as synchronic: no one thinks (say)  the BBC is responsible today for what happened in the organization in 1960. But the Catholic Church is regularly held responsible for far earlier events.

While the Church has a hierarchy, and while it teaches ethical truths, it cannot be insulated from the sort of criticisms that are following the Cardinal O'Brien case. Of course, there may be specific lessons to be learned: how to manage the media; how to deal with complaints of abuse; how to run seminaries. But unless the Church is willing to abandon an ethics based on reason and the episcopal and Petrine ministeries, the inevitable grubbiness of human beings will always leave it open to attack.

I don't expect non-Catholics to behave kindly in the current circumstances. The Church in Scotland weighed in heavily against same sex 'marriage' and will get a good kicking from its opponents: the scandal has given them a rhetorical advantage and they will use it. But for Catholics, we need to grow up a little. The Church teaches the truth: its leaders do not just make up its moral theology and philosophy on the hoof. When Cardinal O'Brien came out against same sex 'marriage', he was articulating a position that, from the Catholic point of view, is as straightforwardly factual as the claim that human beings need food and water. He could not change his mind on that anymore than the next Pope could change the Church's mind on contraception and abortion: they are the articulators of a truth and not its inventors. Those truths will not change, and so long as the Church teaches, as sure as light follows day, some of those who teach the truths will fail to live up to them.

Catholics should know that and be prepared to live with the consequences. No reform will ever cure that fundamental problem of a teaching hierarchy, and nor should it try to.