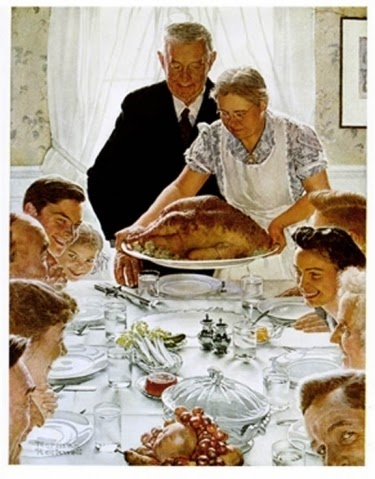 I hadn't read any Percy since my early twenties or perhaps even late teens, certainly before I became a Catholic. As one of the key Catholic novelists of the twentieth century, certainly in English, I thought it was probably about time to return to him and read the complete corpus. Doing that brought back, viscerally, the memory of dislocation: of reading a novel which to some extent embodies the alienated scratchiness of adolescent life. Which I suspect is not an uncommon experience for bookish youth: feeling alienated and somewhat out of joint with life, one reads a book which both describes and also provokes further feelings of alienation. I'm left with the feeling that Percy lacks in katharsis: one does not see a way out of the scratchiness, unlike (eg) Dostoyevsky who offers -at least as a vision in the distance- a promise of finding oneself at home with a wife, the Church and Russia.

Much of the sixties counterculture, and indeed, much of the specifically Catholic sixties counterculture which lives on in The Tablet and among 'the progressives', seems to be a reaction to dumb conventionality: the world of 1950s sitcoms or soccer moms. This is very much Percy's shtick: how, in an America which ticks all the boxes of material comfort and respectable advice, you can still feel like an animal caught in a trap and gnawing off your own leg. The crass end of this line of thought is Holden Caulfield's ranting against 'phonies' in The Catcher in the Rye: the sense that adults around you are living a hollowed out life of quiet desperation which they try to fill by a compensatory desire to control and punish others.

All good and true in its way. It is an important lesson. When my older children came back from university at Christmas, I found myself entering into those conversations about love and work that took me back to that adolescence. And I found myself uttering my standard line which is that a rich and fulfilling life depends on getting three things right: marriage and children, work and God. Good advice: I wish someone had said the same to me so explicitly. But in saying it, one catches the echo of Polonius in one's tone: the platitudinous, the old being out of touch with the young, the 'phony'. Part of the problem is the concrete: it's all very well saying that a good marriage is central to the good life (and it is unless you have a specific vocation to celibacy), but how does that help out the concrete detail? The unavoidable awfulness of trying to find a girlfriend or a boyfriend; the negotiation of a modern economy which breaks open families and crushes female fertility; the absence of any public language where this can be discussed, certainly, when you are twenty and most eligible partners (and indeed yourself) are heavily secularised. (But Polonius waves his hands: he has no idea what to say, but goes on saying anyway.)

The worst thing is that, for me anyway, it all worked out pretty well. I married someone whom I still adore and who, for some inexplicable reason, seems reasonably happy with me. We have delightful children whom I love. Work is purposeful and stimulating. Not much the result of my actions: blind, dumb luck or grace for the most part. But then we get back to Percy and alienation: however good the surface, however good even the substance, there is something wrong. 'Aber etwas fehlt...' Something is lacking...


The lesson from this...? Well, one of the lessons not to be taken is that the external doesn't matter. The 'progressive' wing of the Church and of society in general while noticing the slough of despond that exists in the human soul blames the structures and tries to recreate in the external the internal feeling of freedom they imagine as a solution. And so we dump the rigid form of the man-woman-children household in favour of the ad libitum flux. And we reject a traditional liturgy in favour of finger painting and expressive swaying. And we dump the 9-5 in favour of work as play and play as being on the end of a Blackberry 24/7. Form matters: a human being is in part a thing not a Dasein. It needs certain other things, certain patterns to inhabit. There is nothing wrong with Thanksgiving dinners, the Rotary Club and Soccer Moms. We need our chaff to lie down in....

But tick all those things off. There still exists that alienation from things that Percy identifies. No marriage, however perfect, will fill the emptiness. (We argue. We grow old. One of us is left when the other dies.) No liturgy, however, perfect can survive without a measure of boredom or distraction week after week after week. Work is always laborious. For Catholicism, life is a vale of tears: only God, now and in the life hereafter provides our true long home.

And of course for a secularist, that is so much baloney, the fantasy of the imaginary friend who makes it all right. Well, that's for another day. But for the progressives, secular or otherwise, there is a need to acknowledge the limitations of the external, the objective conditions of society that we inhabit as objects. They matter (and so (eg) economics and 'social justice' issues matter). But their necessary rigidity cannot reproduce the freedom of thought and the internal. And so Percy-ian alienation will always remain. And for Percy's 'knotheads', the conservative traditionalists, there needs to be a recognition that external rigidity can choke the internal, that while the charge of being a phony doesn't always hit home, it does sometimes. Secularists will have to live with these failures in some way without resolution. Catholics will find the promise of a resolution in God. But both need to be clear about what life is like in this broken middle of a life.