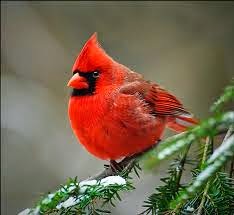 I think it's still right to refer to Keith O'Brien as Cardinal (that seems to emerge from both Archbishop Cushley's use of the title and the discussion on Damian Thompson's blog). But anyway, that's marginal. More important is the question of how to react to the whole package of measures which seems to fall into two parts: a retiral of Cardinal O'Brien from the public life of the Church; and a plea to put the episode behind us with forgiveness.

For my own part, I would like to express sorrow and regret to those most distressed by the actions of my predecessor.  I hope now that all of us affected by this sad and regrettable episode will embrace a spirit of forgiveness, the only spirit that can heal any bitterness and hurt that still remains.  Forgiving the trespasses of others is surely the only way to regain our human and Christian serenity after such events.

The trouble with all of this is that it just isn't clear to the ordinary Catholic (or indeed the ordinary non-Catholic) what we are being asked to forgive. It seems to me that there are three headings under which the 'distress' of his actions might be classified:

a) The damage to the Church's reputation.
b) The corruption of institutions (such as seminaries) under his care.
c) Direct harm to those he pursued sexually.

The only one which directly affects me is a). For what it's worth, he has my forgiveness for that: the Church is full of utterly dreadful people (including myself) many of whom will bring scandal onto the Church. I've no doubt that the affair has damaged the Church. I've equally no doubt that if you allow the misbehaviour of this-or-that Catholic to damage your view of the Church, then you won't have to wait too long before one comes along. (Basically, grow up theologically.)

I have no idea about b). Damian Thompson and others have been banging on about the 'old guard' in the Church, with internet rumour pumping occasional hints about homosexual rings promoted by O'Brien and corrupting the Church. I have no idea how much of this is true and how much of it is fevered speculation (doubtless put about by the NWO to cover up the real scandal of rule by alien lizards). Nor have I any idea about c). I don't really know what O'Brien is being accused of (consensual homosexual sex? importuning subordinates for sex by threats?) I don't really know whether these accusations are about 'distress' or genuine 'harm' (and there is a difference).

So although my main thought is that I'd quite like to put this behind us and move on -and I don't really care about the £200,000 house if that's the price of keeping a former senior member of the Church in retirement- I think the hierarchy does need to assure Catholics and non-Catholics that the direct victims either are just distressed rather than harmed, or that, in some way, their needs are being addressed. There have been enough cases in the past where genuine victims have been hung out to dry for lay Catholics to want to be sure that we have exercised our duty towards them.

Having gone back to my previous posts on the O'Brien affair, I see that a constant theme was my pressing for transparency (see eg here). In some ways, that's naive. The disciplining of O'Brien is not so much analogous to a legal procedure as to an internal disciplinary procedure. And anyone who has had experience of those knows about the difficulties of transparency and justice in such situations. Moreover, sexual abuse and the damaging of subordinates' careers are the sorts of things that can never be recompensed: they produce victims yearning for a life and a healing that (apart from grace) are lost to them. They are impossible to satisfy. But all that said, I know that Cardinal O'Brien has had a long period of reflection and a long chat with the Holy Father. I know absolutely nothing about whether there truly are direct victims of the Cardinal's actions and, if so, how they have been dealt with. And I don't think it's unreasonable for me to worry about that.