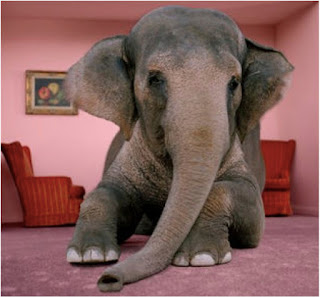 Although there's been quite a lot I've been tempted to write on recently, it's been very difficult for me to focus on anything else without first talking about Syria and bombing. And since I have had little sense of what I should say about that, I have been left in silence. Not a bad thing maybe...

I've been reading (amongst many other things) Robert Nisbet's 1953 The Quest for Community. And this morning I came across this passage:

The clear tendency of modern wars is to become ever more closely identified with broad, popular, moral aspirations: freedom, self-determination of peoples, democracy, rights, and justice. Because war, in the twentieth century, has become rooted to such an extent in the aspirations of peoples and in broad moral convictions, its intensity and range have vastly increased. When the goals and values of a war are popular, both in the sense of mass participation and spiritual devotion, the historic, institutional limits of war tend to recede further and further into the void. The enemy becomes not only a ready scapegoat for all ordinary dislikes and frustrations; he becomes the symbol of total evil against the forces of good may mobilize themselves into a militant community.

Now this isn't quite applicable to the present case in the UK: certainly, bombing Syria or even more generally the 'war' against ISIS is not popular in the sense of mass participation or even mass support. But one of the things that has paralysed me in expressing any views about the present situation is the 'spiritual devotion' of many public commentators on both sides: whether you are one of those calling Cameron a c*** or one of those sonorously advising the bombing of civilians, there is clearly more spiritual weight being placed on the issue than a difficult practical decision about how best to exercise force.

There's an awful lot that might be said about this, including a recognition that decisions of life and death ought to be taken with a good deal of fear and trembling (although of all the current reactions to the seriousness of the issue, that of fear and trembling in the face of God's Judgment seems least in evidence). But I want to focus on two which I take to be central to that issue of alienation and the desperation to escape from it which Nisbet identifies, among other modern ills, with an obsession with war.

First, there is the modern tendency to concentrate on act based ethics rather than agent based ones: in essence, a focus on the right action rather than being (or becoming) the right person. Catholic ethics (like most ancient ethics) is at its foundation agent based: it is focused on becoming a good person and the attainment of beatitudo (the Beatific Vision of God) rather than simply doing the right action. That's key because for the modern, particularly the progressive, there is a desperate search for and conviction that there is one right answer, and, moreover, that it is essential for each individual to get that answer right. (Part of the problem here is that, in replacing God with the individual's consciousness, the duty of Jove to see everything correctly devolves upon every participant in social media.) For the ancient (and Catholics are very ancient) I am neither God nor (unless I am David Cameron etc) under a particular duty to express a view on a decision I have little understanding of and little influence on. Democracy of course complicates that by turning us all into little legislators, but practical wisdom should remind us how marginal such a decision is to most of our lives and quite how foolish it is to pretend otherwise.

Secondly, there is the tendency to identify politics with salvation. The fundamental problem in regard to Syria is not so much whether the RAF should drop a few bombs on Syria, but how the Mediterranean world -particularly North Africa- can be once more a place where ordinary people can get on with the pursuit of beatitudo. Defeating ISIS (well, denying them territory) might help, but the recent history of Iraq shows how clearly destroying one tyranny doesn't solve the problem of what happens next. The overemphasis on politics amongst moderns shows itself in two ways. There is the tendency to look to politics and the expression of political views (on war and other matters) as the cure for personal dissatisfactions and the meaninglessness of modern life. (Evidence of this among Islamists, MPs and progressives.) Furthermore, there are the unrealistic expectations of what might be achieved in the foreseeable future in the Middle East. One might not go quite as far as Hobbes in suggesting that any stable government would be better than none, but one might take the Augustinian view that the main business of government is essentially to facilitate or at least to allow the really important business of salvation by establishing civic peace. Instead we have the sort of mentality that leads to seeing anything other than the establishment of Hampstead on the Nile as a failure.

There's much more that could be said but I'll leave it there with the critique of overemphasizing the right view of actions we have little part in making at the expense of cultivating our character, and the critique of overemphasizing what politics can achieve rather aiming primarily at the sort of stability that allows the really important permanent things of life to be achieved. A coda. While mulling over what to say here (and now mulling over whether such mulling over is itself a sign of lack of virtue), I receive news of a friend's having been attacked. Not by a terrorist, but a thug screaming at 'Pakis'. (The friend is horrifyingly white but the friend whom he was with I suppose might look like a 'Paki' to someone not too fussy about a victim.) Not unusual I suppose in cities late at night and, in this case, only some relatively minor physical damage done. Possibly nothing to do with current events although somehow I doubt they helped. I can't do much directly about the Middle East, but I can do a great deal about how I react to them. It would be good to grab back, for a start, the word 'dignity' from those who identify it with a hysterical desire to establish their autonomy by getting the state to kill them.