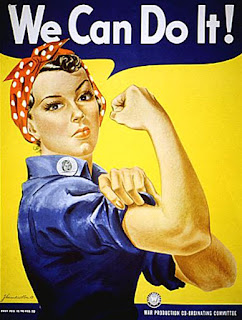 'To a lesbian with a hammer, everything looks like a male'


Without attempting for the moment to go into all the complexities involved, art might be argued to provide a space in which a disinterested contemplation replaces the busy drive for usefulness that tends to fill our lives. Whatever idiocies can exist in modern art, it sometimes still remains a space in which we can pause, withdraw from everyday life and seek the dearest freshness deep down things.

This thought has cropped up a number of times in recent days. I have great sympathy when Sir James MacMillan talks of 'snapping' at Pat Kane's cultural smugness:

Something similar is clearly fuelling the rapper Loki in his latest work (avoid if you're sensitive about swearing):

And finally, when The Quietus dismisses The Smiths for their whiteness, I can't help admire the blindness that allows such a dismissal of the truth behind their laments for a vision of lower middle class life in the north of England which might (if taken seriously) lead to a greater understanding of Brexit and UKIP:

...right from the outset, Morrissey and The Smiths represented a fatally reactionary moment in British pop culture - a severing of punk and post-punk's honourable links with black musics. They were here to reject colour in every respect, be it the gaudy, neon-lit backdrop of Top Of The Pops against which Morrissey wanly cavorted, or the colourisation of indie afforded by its embrace of dance music and reggae. Their wistful cover artwork, harking back to popular icons of the 50s and early 60s, were redolent of a time when black people had a near-zero cultural imprint on the British consciousness, unless you counted the hugely, inexplicably popular The Black And White Minstrel Show. This was explicit, as well as implicit. Morrissey spoke of a conspiracy to promote black music in the British charts, while opining that reggae was "vile".

Now the cases are different, and I have no desire to fall into the same trap as I am accusing progressives of by oversimplifying. But all do seem to be cases where the disruptive possibilities of art as truth telling are being undermined, and where a great part of the problem is the imposition of a monological progressive narrative on raw art.

So when I see an article in the LA Review of Books on queerness in childhood literature, and an article on the Netflix series Stranger Things which complains about its emphasis on the pursuit of prettiness by the lead girl character, I recognize a similar pattern of failing to allow the openness of art by the imposition of a progressive narrative. To begin with Stranger Things, for those who haven't seen it, it is an evocation of 1980s childhood buddy movies with a thriller/horror dimension: think Gremlins crossed with the X Files. Unfortunately, it commits the cardinal progressive sin of allowing a (rather androgynous) central girl character to 'pretty herself up':

Eleven touches her new blonde wig in front of a mirror in Mike’s house. “You look pretty,” Mike tells her. “Pretty?” she asks, not sure whether to believe him. It’s a word she’ll repeat a few times throughout the series — gazing at her reflection, seeing the way Mike looks at her. While she struggles to comprehend other words the boys introduce, “pretty” is one that Eleven understands immediately and intimately. She was robbed of an entire childhood, but having been denied prettiness seems to be one of her short life’s greatest sadnesses. (Article here.)

Turning to the article on queerness and children's literature and referring to the book, The Secret Language:

What I see in The Secret Language is a gesture toward relationships between young friends that can’t be easily categorized and that hint toward queerness. In some cases, the hint seems barely hidden at all.

Now, undoubtedly the writers of both articles views themselves as bringing out the silenced voices of LGBTQIA+ sensibilities from out of the background of smothering and dominant 'straight' narrative. Fair enough in principle. But we have now moved into a world where the dominant critical voice is a progressive one which turns the openness of writerly texts into the simplicity of readerly ones. By doing so, it obscures both the details of the texts and the complexities of the world they reproduce. For example, Eleven's character in Stranger Things does not remain frozen in the pursuit of prettiness: it is merely one element in a series of incidents most of which do not fit easily into a narrative of 'girl glams up and gets boy'. Even the 'prettying up' functions more as a practice of drag: the clumsiness of the wig and the shabbiness of the dress draw attention to its artificiality: 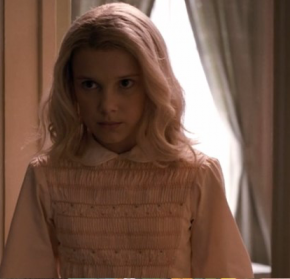 I'm not as great a fan of Stranger Things as many seem to be. (It strikes me as being in the grand tradition of X Files in suggesting a more coherent truth to be revealed which, after 5,000,001 episodes, will turn out to be rather more about stringing the viewers along than realizing a formed artistic vision.) But it is clearly more open a text than the quoted article suggests. The relationships between boys and girls are complex, and, in particular, involve some sorts of experimentation and faltering. Even if Eleven were destined to turn into a Diesel Dyke, ze is highly likely to face the pressures of  appealing to men and exploring 'pretty': to erase that exploration is to fail to justice to the series and to reality.

Likewise, the article on queerness in children's literature suppresses the complexity of all childhoods in favour of highlighting a very closed narrative about lesbians in the making. Same sex friendships, finding the other sex 'icky', and a sense of the mysterious possibilities of adult erotic pleasure are something we all go through, straight or gay. By imposing only one possible narrative on a writerly text, we lose the possibility of confronting an artistic space in which we can put aside our certainties and lust for control, and instead contemplate and allow ourselves to be re-made by the art rather than re-making it.