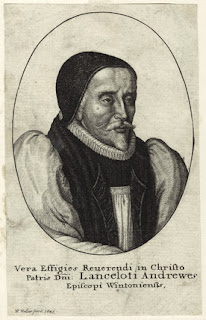 A brotherhood, we grant, was begun  then at Christmas by his birth, as upon that day, for 'lo then was he born'. But so was he now also at Easter; born then too, and after a better manner born.

There was then a new betting this day. And if a new begetting, a new paternity, and fraternity both. But the 'Today I have begotten thee' of Christmas, how soon was he born of the Virgin's womb he became our brother, sin except, subject to all our infirmities; so to mortality, and even to death itself. And by death that brotherhood had been dissolved, but for this day's rising. By the 'Today I have begotten thee' of Easter, as soon as he was born again of the womb of the grave, be begins a new brotherhood, founds a new fraternity straight; adopts us, we see, anew again by his 'my brethren' (John 20:17), and thereby he that was 'first-begotten from the dead' becomes 'the first-begotten' in this respect 'among many brethren' (Romans 8:20) Before he was ours, now we are his. That was by the mother's side; so, he ours. This is by 'your Father', the Father's side; -so, we his. But half-brothers before, never of the whole blood till now. Now by father and mother both, twin brothers, most fraternal brothers, we cannot be more.

[Excerpt from today's reading in the Customary of Our Lady of Walsingham. 'A Sermon preached before the King's Majesty, at Whitehall, on the twenty-first of April A.D. MDCXXII, being Easter-Day'. (Many of Andrewes' sermons can be found online here. But not this one!)]
Posted by Lazarus at 06:42