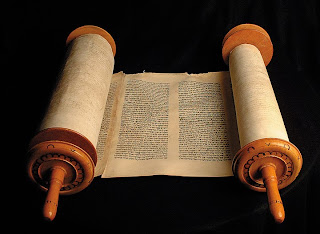 I was a bit surprised by the headline: 'Scotland's Jews back opt-in to religion in schools' in the Sunday Herald:

The Scottish Council of Jewish Communities (SCoJeC) has raised concerns that non-Christian pupils often feel "excluded and alienated" during prayers and ceremonies, in a response to a petition by Secular Scotland which has called for an end to pupils automatically participating in religious observance. [Full article here.]

For those of you who haven't been following this, one of the current features of Scottish politics is the growing noisiness of the many (tiny) atheist groups up here who seem to think that the current constitutional uncertainty plus a rebranding of hardline atheism under a 'secularist' label might serve their purpose of undermining religion. I've blogged about this generally and, in particular, on the Scottish Secular Society (aka Secularism Scotland) and its attempts to remove religious observance from schools under the pretext of making such observance an 'opt in' rather than an 'opt out'. (Previous posts here and here.)

Given that (in particular) the former Chief Rabbi has been such an effective presence in the defence of religion in the UK, it was therefore with real disappointment that I read the article. However, the actual submission itself is rather more nuanced. (PDF here.) The first question to be asked is where did the Herald's article come from? The submission was made on 10 October according to the Scottish Council of Jewish Communities website (here): it can only be assumed that its appearance in the Herald a month later and only shortly before the secularist petition is considered by the Parliamentary committee on Tuesday is the result of spin generated by the Scottish Secularist Society. Well, fair enough, they're trying to win this thing -but it's worth bearing in mind the relentless publicity machine that is Scottish atheism.

Turning to the submission itself, the first thing to be made clear is that it rejects any attempts to undermine religious observance in denominational schools:


The situation with regard to denominational schools is different. When parents
make a conscious decision to send their children to a denominational rather than a
non-denominational school, they do so with  the foreknowledge that its activities
will include the religious observances of  that faith. In this case they have,
effectively, already opted in, and it would not be reasonable  for them then to
demand that the school change  its ethos and practices.  We would, therefore,
argue in favour of maintaining the status quo for these schools.

Such clarity is extremely welcome. A key target of the atheists is undoubtedly 'Rome on the rates': the widespread provision of Catholic schools supported by the state. It's clearly unreasonable to expect Catholic (or Jewish) schools to be anything other than Catholic (or Jewish): if you send your child there, you have to put up with the ethos.

In denominational schools, it does suggest there is a 'strong case' for an opt in. But to note that there is a strong case is not in itself a clear statement of support. The submission makes a good point about the nebulousness of the definition of 'religious observance', that it is defined by Scottish government guidance as

precisely to get round the statutory requirement for religious observance without the need for changing legislation. It goes on to say:


The problem, as with all creative reinterpretations, is that the words are then left
ambiguous between the original literal meaning and the neologism. So "religious
observance" as redefined according to that deliberately nebulous definition, might
be an acceptable all-school activity, but genuine religious observance – faith specific worship, dietary rules, and dress code, for example – is not.

A fair point, fairly made. The substance of the submission is that Jewish children are being forced (or at least strongly encouraged) to take part in acts of Christian worship -and, quite reasonably, Jewish parents don't want this.

Instead, the SCOJeC submission wants a very clear right to remove children from such worship -whether by way of opt in or opt out doesn't seem in fact to matter much as far as the submission is concerned- but (and here's what you don't read in Secularism Scotland's spin) proper facilitation of religious practice for both minority and majority religious groups:


However, adequate provision must then also be made for those who do opt in, and
not only for the majority faith. A non-denominational school must be able to
accommodate pupils who wish to eat only  kosher or halal food, fast during
Ramadan, observe religious festivals, or wear a hijab or a kirpan, and, where
required, should also facilitate faith-specific worship and, faith-based counseling. A
possible model is that of hospital chaplaincy (aka “spiritual care”) in which
honorary chaplains are appointed from all relevant faith communities. Education is
at least as important, so that even  if geographic considerations may present
practical obstacles at a local level, resources should be found by central
government.


So, in SCoJeC's utopia, there would be:

In other words, the 'school space' would become a genuinely multifaith space, rather than the religion free wasteland envisaged by Secular Scotland.

I've got serious doubts about the advisability of such a position. In particular, I worry over its practicality and how it leaves the vast number/majority of Scots who, whilst having no formal attachment to a religion, wouldn't put themselves in anti-religion camp of the Scottish Secular Society et al. But whatever its faults, it certainly isn't a secularist position.

There's been a lot of talk about ecumenism over the years. I'd like theistic religions in Scotland to start talking about how they can form a united front against the increasing force of new atheism in Scottish politics. It probably won't be possible to get everyone on board all the time, but it would be a shame if, as in the present case, a thoughtful raising of genuine problems with present provision, is used by atheists to destroy an existing imperfect situation and replace it with something much worse.

I'd suggest (merely as a starting point) the following basic principles in non denominational schools:

a) the recognition of the Scottish Presbyterian tradition as the historically dominant ethos of religious provision in non-denominational schools;
b) a willingness on the part of that tradition to be generous and respectful in its dealing with other religions and worldviews such as atheism;
c) the existence of clear parental opt outs from activities such as tradition specific worship or moral education in areas such as sexual relationships;
d) corporate, 'time for reflection' , which is open to as many traditions as possible, but with a view to a) and b);
e) the encouragement of religious practice among minority groups such as Jews by the provision (eg) of chaplains.

Moreover, the provision of religious schools should be supported where this is likely to be viable.