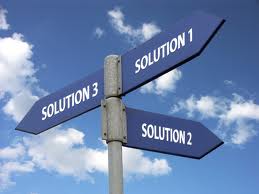 I’ve mentioned Peter Ould’s blog An Exercise in the Fundamentals of Orthodoxy in passing before, but a recent post of his reminded me what a good thing it is and how much benefit Catholics could draw from engaging with it.

Peter is a Church of England minister who describes himself as a New Calvinist and post-gay. Of the latter, I think a fair summary would be that he is someone who once described himself as gay and had an active gay lifestyle, but who is now married (to a woman) and yet is comfortable about admitting that he still has same sex attraction. That biography in itself should remind us not to take the modern binary model of straight and gay which lies behind much of the current debate on same sex marriage too seriously: identity is far more complex and fluid than that.

The current post that drew my attention is here. The proximate cause of that post is an apparent shift in focus of the Exodus International organization from trying to change people’s homosexual orientation (roughly, how much they fancy people of the same sex) to changing their identity (how they think of themselves given that orientation). That particular issue may be of less interest to Catholics than it is to evangelicals: as one of the commenters says (approvingly) in the ensuing combox debate, my impression is that Catholic activity in this area is much more focused on helping those with same sex attraction to live celibate lives rather than to change their orientation. But what I think is extremely helpful is the reminder of Peter Ould’s own position in his comments on the alteration of focus, particularly his linking to previous posts here,  here  and here. In essence, he argues that the first thing is to orient yourself towards God and his moral demands. What follows from that call to duty may be a change in feelings and desires, but that is of secondary importance.

There is much here that, from a Catholic point of view, needs to be revisited and explored and perhaps corrected. (I’m not sure, for example, how well some of what he says fits in with Catholic ideas of sanctification within the context of Aristotelian moral psychology where –at least as I would interpret the relevant texts- desire and emotions are not simply atomic givens. I suspect that there may be a shadow of the ‘total depravity’ element of traditional Calvinism hiding behind this.) But the clear and extremely helpful message here is Peter’s own hard won insight from personal experience and his acceptance of traditional Christian teaching, coupled with a constant challenge to lazy secular thinking in this area. On his site, you will find serious people, dealing with serious issues in a thoughtful and faithful manner. It is a refreshing change from the poles of ‘down with poofs’ and ‘they’re so lovely’ simplicities which damage so much Christian and secular debate in the blogosphere.
Posted by Lazarus at 01:54