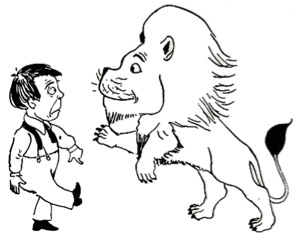 His Father, who was self-controlled,
Bade all the children round attend
To James's miserable end,
And always keep a-hold of Nurse
For fear of finding something worse.
The Scottish Catholic Observer contained an article this week on prominent Scottish Catholic commentators’ reactions to . (Shortened form of the article here.)
The chief arguments in favour of independence seem to be:
1)      already has a strong cultural identity. is the natural development of that.
2)      There is a sense of frustration within at being unable to exercise national autonomy over many political issues. would satisfy that frustration.
The chief arguments against independence seem to be:
I)       It would be economically disastrous.
II)     Scottish independence would threaten Catholics in particular.
That strikes me as a fair representation of the sort of thoughts which must be buzzing around many Scottish Catholic minds just now, and I’ll doubtless be returning to them over the course of the next couple of years. But for the moment, I’m going to focus on II): that in some way, would pose a particular threat to Catholics. (Teuchtar has already provided a response from a Nationalist point of view here.)
The first point to be stressed here is that we must be talking about risk and predicted consequences here. The modern SNP is clearly not advocating anything like an extirpation of Catholicism in , so any fears in this area are not about a clear and present danger, but about the always tricky assessment of remote consequences which would follow upon a declaration of . We’re all guessing and bloggers in the privacy of their studies are guessing more than most.
But putting that aside, it strikes me that the reasoning displayed in the SCO article falls into two main kinds:
a)      The claim that post independence will be different and (certainly for a while) more fluid politically and thus there is a possibility of change in areas that affect Catholics.
b)      The claim that Nationalism, the SNP in particular, or as a whole has a tendency to anti-Catholicism and thus there is a likelihood of anti-Catholic effects.
Taking a) first, it’s certainly true that will have ‘thrown all things about’ and that there is going to be increased unpredictability in ’s politics. In terms of policies, that means that there is going to be increased unpredictability in areas such as the liberals’ attempt to undermine social institutions such as marriage, and in the provision of Catholic schools. So here the question is going to be: Do we have much reason to believe that the climate of politics in the as a whole would be any more favourable to Catholics on these issues than the climate of opinion in post-Independence ? Mebbe aye, mebbe nae.

Four reasons for thinking UK politics might be more favourable than Scottish ones are, first, the greater number of Church of England schools in England: unlike Scotland, where the provision of Church schools is essentially a Catholic vs everyone else question (and hence particularly vulnerable to attack), in England, any attempt to dismantle religious education would have to take on the Established Church as well various minority religions. (How relevant this is to Scotland given the already devolved status of education is a moot point.) Second, the presence and rather greater prominence of the Church of England in political and cultural life in England than the Church of Scotland here suggest, at least for the moment, that Christianity is more clearly entrenched in the cultural institutions of the UK than it would be in an independent Scotland. Third, there is a greater political and intellectual self-confidence amongst English social conservatives than there is among Scottish ones. For example, on same sex ‘marriage’, there appears to be the very real possibility of a backbench revolt in the Conservative Party. (Any sign of something similar in Scotland after John Mason and Bill Walker were given a good kicking for merely suggesting the possibility of conscientious objection?) Finally, the existence of a greater ethnic diversity in the English population, with a corresponding need on the part of politicians to placate (eg) Muslim and Pentecostal voters perhaps offers a greater guarantee of the presence of social conservatism as a view in UK politics rather than Scottish politics.
Turning to b) and the question of whether there is something particularly anti-Catholic in the DNA of Scottish politics or culture, it’s undeniable that there are anti-Catholic strands in Scottish society. So the only question is how important these are. In terms of good old fashioned anti-Catholic, sectarian hatred, I’m genuinely not sure. Enough of it exists so that it would be perfectly understandable if some Catholics, particularly around Glasgow, were wary of the emotions that the referendum itself, quite apart from its result, might churn up. I’m equally certain that very little of it exists in the current SNP leadership, whatever may have been the case in the past. Perhaps the more obvious risk is the sort of dumb secularism that has been much in evidence during the same sex ‘marriage’ debate so far, coupled with the emotional resonances left by traditional anti-Catholicism. If you come from a tradition that has been telling you for five hundred years that Catholics are moronic, child abusing, anti-Scottish bigots, the cultural patterns of such views will survive rather longer than the Presbyterianism that once supported them, particularly when combined with the adolescent male braggadocio of the New Atheists.
Certainly, as I blogged previously, wandering through the Scottish media and blogosphere during the same sex ‘marriage’ consultation was a peculiarly depressing experience. It left me with the feeling that I certainly wouldn’t like to be left in a darkened room with some of these people, and I’m not sure that I’d like to be left in a small country of only five million or so either. (Particularly in the absence of the obviously socially conservative allies I’d find in England –see above.)


To sum up then, on this one argument –the risk to Catholics in an independent Scotland- I’m inclined at the moment to agree that there is a real challenge here for the Nationalist case. That challenge isn’t unanswerable and may in any case be outweighed by the other, pro-Independence arguments. As I’ve blogged before, will Catholics have a seat in the new Scotland? Personally, I’ll be looking at how the Scottish government and indeed the wider society handles the results of the same sex ‘marriage’ consultation quite closely and I suspect many other Catholics will be too. Judging by the signs up till now, I’m not that hopeful.
Posted by Lazarus at 01:15

Email ThisBlogThis!Share to TwitterShare to FacebookShare to Pinterest
Labels: Independence