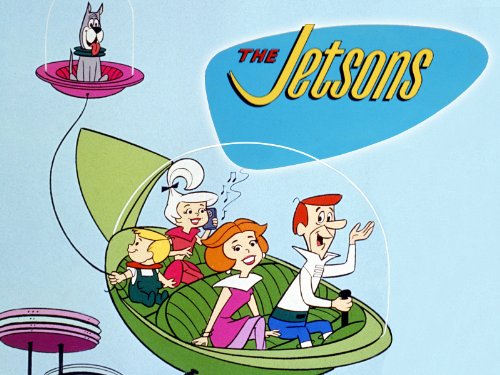 Will a modish pursuit of modernity turn the religious off politics and independence?

One of the key moments in the stooshie over same sex ‘marriage’ was Gordon Wilson’s (a former leader of the Scottish National Party) apparent threat that the drive to reinvent marriage would jeopardize the SNP’s chance of winning the referendum for independence. While he was clear that he would still support independence, he suggested that a focus on this issue would alienate voters.

The Scottish blogosphere and media generally are not sympathetic to religion, and his claim was widely derided. Two types of response dominated. First, there was the ‘where are they going to go?’ strand. Noting that all the mainstream parties in support same sex ‘marriage’ as well as the government, a general line of comment was that the religious had nowhere else to turn in order to express our hateful, bigoted opinions. We’d just have to knuckle down and accept the reinvention of marriage.

A second line of response was the ‘drive towards modernism’: that religion in the form espoused by Wilson and the Catholic Church was old , something to be abandoned in the drive towards a bright new future. Examples of this were found in Gerry Hassan’s Scotsman article advocating ‘a modern Scotland of love and equality’ and the blogger Lallands PeatWorrier attacking the ugliness of ‘Sunday Post Scotland’.

As I’ve made clear before, I have no intention of taking sides on Scottish Independence in this blog. But I do want to comment on this drive to modernity and its dangers for the project (and then leave it up to my readers whether these dangers are to be regretted or welcomed!). Turn back the clock (only) to 2008. In the version of his essay, ‘A Disuniting Kingdom?’ published in the collection Seeking Meaning and Making Sense, John Haldane argues that the more collective political and moral culture of Scotland is in tension with that of (particularly) southern England:

New Labour practice was never in keeping with the character of . It is often said that Thatcher was uniquely unpopular north of the border; but the Conservatives faded faster under Ted Heath, while Thatcher stimulated the traditional Scots taste for prudence and independence among younger more radical conservatives. Certainly the late Donald Dewar, the cerebral cabinet minister charged with delivering Scottish devolution was well liked at home; but for all the talk of restoring community the Blairite embrace of recreational individualism and lifestyle liberalism appealed to very few…
The Scots radicals had little time for life-style liberalism. Often coming from Presbyterian, Roman Catholic or Episcopal backgrounds they viewed sexual promiscuity and abortion not as choices to be defended but as problems to be addressed. The late Cardinal Winning of was very much in this tradition and Cardinal O’Brien of St Andrews and is increasingly identifying himself with it. It is no accident that resistance to liberalization over same-sex relationships, including civil partnership and gay adoption has been more public and more marked north of the border and been lead by figures from working class backgrounds.

All politics, as Plato recognized, is to some extent mythopoeic: politicians persuade the populace to obedience by way of stories. The politics of nations and nationalism are even more mythopoeic: they rely on invented traditions to create an imagined community. To note this is to conclude nothing on the advisability of Scottish separatism: both the and are imagined and do or will rely on imaginative invention to sustain themselves.

But within Scottish nationalism there have been (at least) two strands of imagining. The first is that suggested by Haldane: as socially conservative, with a native intellectual tradition capable of slicing through the metropolitan pretensions of a elite. The second is that of Hassan and Lallands Peat Worrier: as building modernity on the grave of a religion ridden past, having overcome the narrowness and stupidity of the colonized. Putting aside which of these imaginings is superior, I think it is the growth of the former that has in part been responsible for the rise of the SNP’s popularity among Catholics. Cardinal O’Brien’s sympathy towards nationalism expressed in 2006 seems to have been based in part on the same thoughts expressed by Haldane: that separation from the UK would allow separation from the fashionable lifestyle politics of New Labour and (now) Cameron’s Conservatism. [Update: A Scotsman article here  by Haldane in 2008 again suggests the social conservatism of the SNP as an attraction to Catholics disenchanted with Labour.]

If this analysis is right, then the danger the SNP faces from disquiet among the religious about same sex ‘marriage’ is a sense that the political on offer is going to be just another metropolitan lifestyle chatter, with a new elite in and rather than . And the more the blogs and newsprint commentators bang on about modern and killing off religion and the past, the more the sense will grow that independence just isn’t our fight.

Speaking personally, after trawling through the Scottish media and blogs during the consultation period, I ended up feeling a foreigner in my own land. You’re bigots, you’re morons, you’re part of an antiquated mindset. You’re on the way out, and we’re on the way in. There is a relentless hostility to and incomprehension of religion in general and particularly of Catholicism. This isn’t just the cybernats but all the political parties: I can’t think of a single widely read Scottish political blog or commentator (with the partial exception of Harry Reid ) who has made any sort of sympathetic noise towards the opposition to same sex ‘marriage’. Now the dust will settle eventually, and the purely reactive emotional response to this deluge of antipathy will have to pass and be replaced by a sober political assessment of which party to vote for and which side to support in a referendum. But at the moment, all that remains are the feelings, but feelings which respond to a kernel of political truth: that the complete domination of the media by a poorly thought through case for same sex ‘marriage’ shows the poverty of intellect and lack of variety in Scottish political commentary and the worry that it will be people like that who will dominate my children’s future.

It is this sort of alienation from Scottish political life that the SNP needs to be worried about. Nationalism is essentially a case based on politics: that a constitutional change will produce benefits for the common good. It is precisely the power and potential of Scottish politics that the same sex ‘marriage’ consultation so far has put into question. Gordon Wilson is right about the dangers of alienation for the Nationalist project. Whether that is a good or a bad thing I leave for others to judge.

(In a similar vein, another post consultation article from a well known politician/commentator just not getting the point (‘Quite why a religious person would object to the arrangements for civil, secular marriage is unfathomable’(my emphasis)) and the inevitable responses.)