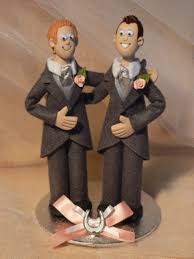 The Church should be clear that it only accepts civil partnerships as a political reality, not as a matter of principle


I really don't want to turn this blog into a constant, rumbling criticism of Bishops. I'm too grateful to them for a generally clear preaching of orthodox Christianity when compared to my previous experience of their Anglican counterparts that anything they get wrong seems so minor in comparison. I also think that we're graced in Scotland with Bishops who've very clearly and counterculturally spoken out on issues such as same sex 'marriage'.

But the Catholic blogosphere discussion of Archbishop Nichols' discussion of same sex 'marriage' comes at a time when the issue has been very much uppermost in my mind as a result of the (recently closed) Scottish government consultation and a response to a comment I made on the blog Loadicea about the advisability of civil partnerships. (As well as my continuing discussion with Frederick on my previous posting.)

Catholic Commentary argues that Archbishop Nichols has now made his position clear here. I'm not so sure. Here's the relevant portion:


I think what’s terribly important at this present stage of the debate is to keep the focus on marriage, and is to say, as I have said twice now already, this is the nature of marriage, it is written into our nature, it’s not the possession of the Church nor of the State to change, and it is absolutely important that that is the focus of what we do and what we say.

I think what I have done is recognise the existence of legal arrangements for same-sex partners who wish to avail themselves of protection to do with rights and property, inheritance and access to each other. You should, I think, pay attention to the fact that when that legislation was put in place, to which we objected, there was a very very clear undertaking given by the government that this should not be confused with marriage.

The actual scope of the same-sex union regulation is not the same as marriage because when it comes to the same-sex partnerships there is absolutely no reference to the sexual relationship or sexual activity which is obviously essential to marriage, so there is a profound difference in law in this country at present.

Now what we have to do -- and we have to keep clear that the argument now is about the nature of marriage, and that’s why that will always be the focus of my comments at this stage -- we have to be able to see and say and persuade people that marriage is the crucial foundation of the family and that is what we do not want changed.

The Prime Minister, if you remember, at the Tory party conference said that because he was in favour of commitment and because he was in favour of equality therefore he proposed to change the definition of marriage. My response has been: we too are in favour of commitment, and commitment actually is very essential to the stability of society. If a workman gives a word -- if somebody promises to do something, if parents are committed to their children and keep to that commitment, all of those things add great stability. We too are opposed to any unjust discrimination, but we have to keep saying commitment plus equality does not equal marriage, and the Prime Minister’s argument is flawed because the absolute essential of marriage, is as I say, that it’s a relationship between a man and woman ordered for the procreation of children to their education and to their upbringing, and that’s the point we have to keep making.


Now, I think what's wrong with this is not that it's evidently giving out wrong teaching, but that it still simply isn't clear which of the following two positions Archbishop Nichols is supporting:

b) Principled acceptance of civil partnerships: 'We think civil partnerships are a sensible way of dealing with homosexuality in a modern society. Although they are very different from marriages -and that's why we're opposing the suggested changes to legislation- they are a good way of ensuring that homosexuals don't suffer injustice.'

Now his remarks, as they stand, are capable of being interpreted either way. And that, in itself, is a problem as Father Blake makes clear. Personally, I think that position a) is the correct one for the Church to take. I appreciate that others may disagree on this and think that the Church should at the same time as campaigning against same sex 'marriage', campaign against civil partnerships. I think they are wrong, but this is simply a prudential disagreement about political tactics, not a disagreement of principle. If this is what Archbishop Nichols is saying, then his remarks should be seen as in effect, asking those voices criticizing him to shut up and stop muddying the argument which should be focusing exclusively on same sex 'marriage'.

The problem is, by not being clear about the difference between political tactics and principle, the waters are already muddied. In general, I think the Church's best political tactic is a) clarity about its whole position; but b) also focus in that it should direct reasoned argument on specific points in hand rather than on the whole Catholic position.

In the case of same sex 'marriage' that means saying something like this:

'Look, you know what the Catholic Church teaches. We don't approve of homosexual activity. But that's an argument for a different day. Putting that argument aside, same sex 'marriage' is still wrong, for these reasons...'

I know that some will regard this as conceding the ground to the opposition arguing that we instead need to stake out a clear Catholic position, and fight for that. Well, I'm happy for those who want to do that to do so: there is no one answer to how you convince people and a variety of approaches should be tried. But if you don't focus on specific issues, the possibility of making a reasoned case in anything like an available media slot is minimal, and moreover, trying to shift all an audience's prejudice in one go is, I take it, the simplest way to ensure that it ignores you.

The point about natural law teaching is that it should be able to make its points in a variety of ways. To the extent that we are debating with a secularized audience, we may need to focus on natural goods, rather than the supernatural end of human beings. We may need to focus on some particular aspects of natural goods rather than others. (I think, for example, it is far more likely that a secularized audience has a grasp of the role of stability and complementarity of the sexes in childrearing than it does of their importance in general life.) That is not letting the other side choose the ground of debate: it is a) simply adopting a good philosophical principle that you break big problems down into little, manageable ones; and b) reminding ourselves and others that Catholicism isn't about blindly obeying the dark commands of some arbitrary Divine Commander, but about having a consistent and deep view about what human flourishing consists in and how it is best realized in society. Human nature is our ground: it is precisely the lack of any deep thought on how human beings best flourish that is the weakest part of modern, popular, secularized opinion.
Posted by Lazarus at 02:39