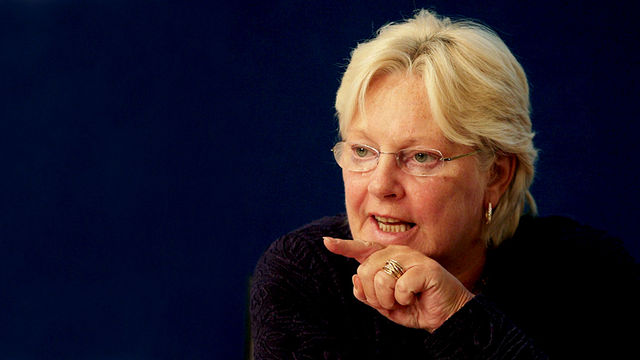 A recent letter to The Scotsman alerted me to the fact that MSP Margo MacDonald's continued attempt to introduce medically sanctioned killing into Scotland has reached a new stage. Her proposed Member's Bill (analogous to a Private Member's Bill at Westminster) is currently out for consultation and the period for this ends on 30 April.

Whether this constant rumbling from MacDonald turns into a real legislative threat will doubtless depend on the legislative timetable for the current Scottish Parliament and whether MSPs have the stomach for returning so quickly to a matter that was so recently put before them and so thoroughly chewed over. But putting aside the immediacy of the threat, the proposal (found here) if anything represents a more damaging proposal than her previous effort.

There is only one restriction on killing which was not found in the previous Bill (which was roundly defeated when introduced in 2010): the disabled rather than the terminally ill will no longer be directly included (p13 of the Consultation). (This appears to be simply an attempt to buy off the disabled lobby who rightly objected previously to being encouraged to drop dead as soon as possible. As MacDonald seems to believe that the only people objecting to her previous Bill were faith based groups and the disabled ('Those with faith
based objections and some groups representing disabled people were deeply opposed
to any move towards legalisation of assisted suicide' (p6)) this presumably leaves just us Sky Fairy worshipping nutters against the advance of reasonableness and everything being all right. (Never mind that (eg) the British Medical Asssociation also opposed assisted dying.))

Apart from this further restriction, everything else in the current proposal (apart from some purely formal paperwork) amounts to a liberalization of the previously defeated Bill:

1) There will no longer be a need for psychiatric assessment of competence (p11).
2) Non medically qualified people will also be allowed to become 'facilitators' of death (p17).

All in all, this is nothing more than a repackaging of the old Bill. Those of us who objected to the previous one (eg) on the ground that it amounted to a creeping institutionalization of killing as a treatment option will object even more strongly to the current proposal. Those who believe that the ability to kill off inconvenient people represents an advance in civilization will support it as a stepping stone towards their Brave New World.
Posted by Lazarus at 00:21

Email ThisBlogThis!Share to TwitterShare to FacebookShare to Pinterest
Labels: Euthanasia