Alasdair MacIntyre and argument by sneer 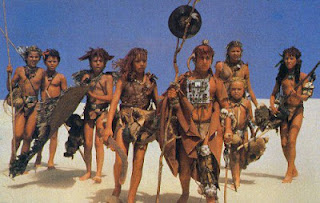 
Having just been engaging in a now familiar ping pong match of barely concealed mutual irritation with a swarm of New Atheists in the Catholic Herald's comboxes, my thoughts turned to the Scottish philosopher Alasdair MacIntyre and his analysis of the modern dilemma.

1) That all ethical reasoning takes place within a tradition.
2) That the modern liberal tradition has become an incoherent patchwork of words left over from the demise of previously coherent but now abandoned traditions.
3) That the Aristotelian/Thomist tradition is best able to provide a coherent worldview.

Now although MacIntyre is focusing on ethics, his points are applicable to the sort of debates on metaphysics that have been taking place on the Catholic Herald site: in particular, questions about the nature of explanation and causality (which are at the heart of natural law arguments for the existence of God) sometimes display the sort of clash of traditions that are more clearly on show in the case of ethics. Moreover, philosophers like Ed Feser in his The Last Superstition make a parallel case for philosophy beyond ethics: that the only hope for a recovery of a coherent worldview is the restoration of a Aristotelian/Thomist metaphysics.

This sort of line of argument has its analogues elsewhere in modern scholarship: broadly, the idea that, somewhere in early modern intellectual history, a wrong turning was taken. (And you can take your pick at the culprit: Ockham, Descartes, or whoever. I don't think anyone has quite bettered Heidegger who seems to have regarded everything since the pre-Socratics as a falling away.)

Anyway, putting aside all the details and nuances here, the idea that in modern ethics (and perhaps metaphysics) we have a sort of Mad Max, post apocalyptic scenario where most people cobble together pretty rubbishy theories and then, in the absence of any possibility of intellectual agreement, rely on a battery of rhetorical and political tricks to make their point, does seem a fair enough assessment of how debates are actually conducted on issues like same sex 'marriage' and abortion. As MacIntyre (quoting Keynes) describes debates in Bloomsbury:

'In practice, victory was with those who could speak with the greatest appearance of clear, undoubting conviction and could best use the accents of infallibility' and [he] goes on to describe the effectiveness of Moore's gasps of incredulity and head-shaking, of Strachey's grim silences and of Lowes Dickinson's shrugs (After Virtue, 2nd ed., p17).

One aspect of many modern debates is that Catholics (naive fools that we are) really do believe that reason is capable of delivering ethical and political truths whilst many of our opponents are committed to worldviews that in principle deny to ethics a rational basis (basing it instead on choices or emotions or gender or class interest etc). The Nelsonian refusal to acknowledge the presence of arguments (noted previously) is part of this toolkit of shrugs and head shaking. Part of the response to this must, I suppose, be a similar deployment of sighing and shrugging simply to gain attention in the public sphere; but under it all, for Catholics, there must be the constant reference back to the idea of a rationally comprehensible nature of human beings that is the basis for natural law.
Posted by Lazarus at 00:37