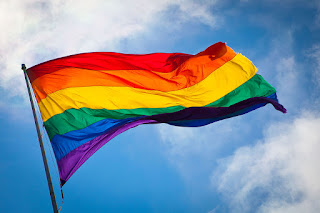 Many of us who'd been keeping an eye on the Irish Same Sex Marriage Referendum were dismayed by the large sum of money apparently pouring into the Yes campaign from abroad. (See also here.) Among the donors to the Marriage Equality campaigning organization were apparently the British Council.

The tweeter @CokieCM actually made the effort to pursue this a bit further via a Freedom of Information request to the British Council. Purely in the interests of getting the correct information out publicly, we've agreed I'll put their reply up on my blog. Make of it what you will. I'd simply say that I'm less than happy about any British public organization getting involved in a friendly democratic country's internal affairs even in a minor way, and that, once again, the way in which LGBTQIA+ campaigning groups have become embedded in public institutions is noteworthy.

Our thanks are due to @CokieCM for going to the trouble of doing this. I gather he's going to push on with some of the details left unresolved below. So watch this space!

Thank you for your request for information [...] concerning British Council support to the Irish advocacy organisation Marriage Equality. Your request has been handled under the terms of the Freedom of Information Act (FOIA) 2000 and has been passed to me for reply.

For your ease of reference, I have restated your request below in bold and have provided our response beneath each point

1.  Please tell me if any assistance (financial or otherwise) has been given to the Irish advocacy organisation Marriage Equality. If the organisation has received (or is due to receive) financial support please give the amount.

We cooperated with Marriage Equality on a conference that launched their ground-breaking research, documenting the experiences of children growing up in Ireland with Lesbian, Gay, Bisexual, Transgender (LGBT) parents. The aim was to focus on some of the issues relating to the social and political challenges that children coming from LGBT families face and to provide them with a non-judgmental space in which to discuss these issues. Speakers included Helen Statham, Centre for Family Research, Cambridge University, UK and Ed Webb-Ingall, a documentary film maker based in London. Participants came from both N/S Ireland.

The event was co-funded by ESF (Progress Programme – For Diversity, Against Discrimination), the Irish Equality Authority (now Irish Human Rights and Equality Commission) and the Dutch Government.

We provided minimal support in the form of an air fare and one night accommodation, although we no longer hold any record of the amounts. Our support was for a UK filmmaker to attend the event, show a film that he has made on the subject and lead a discussion group. The event itself had nothing to do with political lobbying or changing legislation in Ireland; it was merely about helping an organisation provide a forum to air the views of an under-represented group of people in society. It is in line with our Equal Opportunity and Diversity policy and our programme of intercultural dialogue.

2.  Please give details of any other Irish advocacy organisations that have received support from the British Council.

From our preliminary assessment it has become clear that we will not be able to answer this part of your request without further clarification.

Could you also please clarify the type of support you mean?

Once you have clarified the points raised above I can begin to process this part of your request. Please note that no further action will be taken until we receive clarification from you.