Edith Hall and Classics for the People 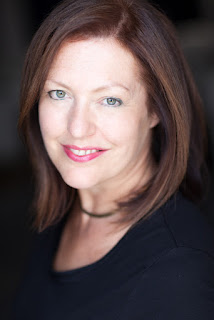 The haute vulgarisation of the Classics is currently well served in the UK, and, from a very strong team, I've always rather favoured Professor Edith Hall, in part on the ground that she really does seem to care about how to bring Classics to everyone whilst herself remaining a proper scholar.

Her latest piece for the Guardian is well worth reading. But perhaps the most important part of it is not the eloquent plea for the study of the Classical World, but the claim that a key part of this is the promotion of studies of classical civilization in translations rather than an elitist focus on the study of the Ancient Greek language.

Frankly, I'm torn. If the question were simply, 'Should children study ancient Greek literature and civilization in translation or have no contact with the ancient world at all?' then her argument is a bit of a no-brainer. And I think it is because she sees, for most pupils in England, certainly in bog-standard comprehensives, that to be roughly the choice, that she comes to the conclusions she does. But I'm not sure that is quite the question, and so I'm not sure hers is quite the answer.

The first thing I'd say is that this sort of dispute is a local manifestation of a wider problem: the lack of depth and quality in modern (especially secondary) education. One of my children, just embarked on a History Higher (the main Scottish exam for university entry) was bemoaning to me the lack of any option before the twentieth century. The syllabus doesn't quite support that view, but like a great many things in Scottish (and I assume elsewhere in the UK) education, the reality on the ground doesn't fit the theory: certainly my experience of history education up till now has been that it's basically Glasgow sewers in the nineteenth century and Hitler. So anything, anything which puts something odd and rich into that gray gloop is welcome, whether it's philosophy classes, Latin classes, Chinese or classical civilization. The possibility of immediate escape for at least some children is to be welcomed, and if that possibility currently exists in the form of classical civilization rather than Attic Greek, I'd grasp it with both hands.

This inspiring past of people’s Greek can help us to look forward. It is theoretically in our power as British citizens to create the curriculum we want. In my personal utopia, the ancient Greek language would be universally available free of charge to everyone who wants to learn it, at whatever age – as would, for that matter, Latin, classical civilisation, ancient history, philosophy, Anglo-Saxon, Basque, Coptic, Syriac and Hittite. But classical civilisation qualifications are the admirable, economically viable and attainable solution that has evolved organically in our state sector. Classicists who do not actively promote them will justifiably be perceived as elitist dinosaurs.

[From her article here.]

Presumably, however, her call is not just to cherish what is already there but to encourage its expansion. And it's there I'm not quite so sure. The root of the problem is what the classics are for. Professor Hall seems to (at leas at university level) emphasize the production of good citizens:

This means engaging with literary texts fearlessly in translation plus increasing the importance of critical thinking and lowering that of language acquisition. Undergraduate degrees are supposed to produce competent citizens. Traditional classics courses are not making the most of those ancient authors on their curriculum who enhance civic as opposed to syntactical competence.

Study of Greeks is an important component of that because they uniquely (or at least at an unusually high level) embodied critical thought about what it was to be a citizen:

History, [Jefferson] proposed, is the subject that equips citizens for this. To stay free also requires comparison of constitutions, utopian thinking, fearlessness about innovation, critical, lateral and relativist thinking, advanced epistemological skills in source criticism and the ability to argue cogently. All these skills can be learned from their succinct, entertaining, original formulations and applications in the works of the Greeks.

I don't particularly want to challenge her assumption about the purposes of a humane education, although I'd rather put the emphasis on being a good human being rather than just a good citizen. And as part of that -and I suppose the turn to the historical which is part of the 2500 years or so of intellectual development since Classical Greece- I'd want to include a relativisation of that 'being a good citizen': to be a good citizen, it is necessary not just to consider what it is to be a citizen simpliciter, but an Englishman, a Scotsman, a European etc. In other words, you need to say something about the study of our history and thought since Greece. Moreover, Hall's view of Greek attitudes to citizenship is partial:

Socrates dedicated his life to proving the difference between the truth and received opinion, the unexamined life being, in his view, not worth living. No wonder Hobbes thought that reading Greek and Roman authors should be banned by any self-respecting tyrant, in Leviathan arguing that they foment revolution under the slogan of liberty, instilling in people a habit “of favouring uproars, lawlessly controlling the actions of their sovereigns, and then controlling those controllers”.

If Socrates did that, did Plato spend his life arguing that the ignorant should be subject to the wise few? Aristotle that there were natural slaves? Professor Hall has worked on the reception of Greek ideas in subsequent European history: she is well aware that they have just as often been used to justify tyrannies and hierarchies as to undermine them.

I'm am left at this point agreeing with her that classical civilisation studies is a very good thing, but not that it is a uniquely good thing. By all means, if the local situation is favourable, argue for its availability. But I'm not at all convinced that it is more important to argue for it rather than (say) Chinese or philosophy, and am equally not sure that, in fact, it will always be easier to produce students in classical civilisation than these other 'deep and interesting' subjects, even that of the Latin language.

Going back to what is ideal -what we should aim for in a slightly more idealistic way rather than scrambling to rescue whatever shards of culture we find at hand- I can't help thinking that it is the teaching of Latin that is really the crucial point. It is Latin (rather than Greek) which runs as the linguistic thread of culture throughout western history. It is Latin (rather than knowledge of Greek civilisation) which remains a charged cultural marker in our society, between those who have some Latin from a public school education, and those who have no Latin at all from a state education. It is Latin which is the language of Christendom (and thus of a whole layer of civilisation and reflective thought that encountering the Greek will leave aside).

And do we need Latin language rather than (say) a Great Books curriculum in translation? Well, we could certainly do with something like a Great Books curriculum in secondary education. But there remains, I think, something crucial about some Latin, at least for those going to something like a university level education. It is just a matter of historical fact that various civilisations have used a particular language to realise a cosmopolitan culture. By that, I mean they have used a special language to mark a culture which is not bound to the local either in time or place. (The use of Latin I think is clear enough, but the use of Sanskrit in Asia in an analogous way is addressed in Language of the Gods in the World of Men .) Now, certainly, you might wonder whether such a cosmopolitan idea is a good one, or even if having a 'designated' language is the best or only way of achieving it. I'd answer (probably) 'yes' to both questions, even if I'd struggle to articulate fully the reasons for these answers. But the very fact that such a language does exist across many different civilisations (Mandarin, Sanksrit, Arabic, Hebrew, Church Slavonic etc) should at least require a very clear answer as to why we are so sure that nothing is being lost by abandoning it.

In sum, I sympathise with Professor Hall's desire to hold onto and promote, where possible, the existence of studies in classical (Greek) civilisation in translation. But to the extent that we are mobilising our forces for a better, more ideal curriculum, I'd hold out for the wider teaching of Latin as an (almost) essential part of a proper humane education. (And if you're a Catholic, you can probably add the traditional 'and then some' onto the end of that last sentence.)