Citadel Catholicism: the Benedict Option. Not. 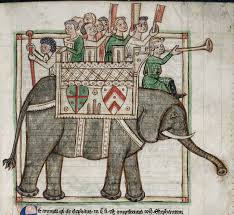 Manoeuverable and secure: the Nelly Option

It's entirely understandable -given the SCOTUS decision on same sex marriage and more generally just the times we live in- for those of us attached to past forms of life to feel a little disoriented and to long for a place of security. And so we come to the Benedict option much pushed (eg) by Rod Dreher and amounting to a claim that Christianity (or just Western Civilization) needs to established oases of civilization separate from the dominant barbaric culture and, in essence, make sure we can ride it out while the rest of the world goes to hell in a handcart.

It's named after MacIntyre's famous closing passage in After Virtue (although I suspect it takes on some of the emotional colouring of sharing a name with Pope Benedict XVI who appears, for a variety of reasons, a safe haven in current Catholic turmoil) where MacIntyre urges (or rather hopes for) another St Benedict. The general line of thought here is clear: just as learning was saved for Europe by the monasteries, so must western civilization be saved by similar foundations.

I'm not convinced. First, I'm not convinced because I am convinced that there is no one solution because there is no one problem. It's rather more a case of  how to 'show the fly the way out of the fly bottle' or perhaps unpicking a tangle of wool. So, for example, in my last two posts, I have talked about concrete examples of  the attack on the family in modern TV and the importance of the cosmopolitan as a reflective part of local culture. 'Salvation' at least as far as our natural end is concerned requires unpicking these two knots and a host of others: there is no quick and no single way. (In general, I'm profoundly suspicious of monocausal analyses, whether these are blaming Duns Scotus or Vatican II or whatever.)

Secondly, I'm not quite sure what the Benedict option could be. MacIntyre himself is suitably agnostic:

We are waiting not for a Godot, but for another -doubtless very different- St Benedict.

In the context of his work, I've always taken MacIntyre's own message to be primarily about ensuring the integrity of intellectual traditions. Since modern liberalism is, for MacIntyre, a sort of Mad Max bricolage of philosophies that once made sense, but have since been forced together into shoddy verbal contraptions that rely on brute willpower for their survival, the aim should be to establish (in particular) Catholic educational institutions that teach the integrity of the Thomist tradition rather than simply reproduce the secular mess. (A PDF of an article by him on this is downloadable here.) Certainly, if we are looking at anything close to the historical Benedict, we are looking at the establishment of reservoirs, from which surrounding populations can be watered: a monastery or a university still has to exists in a surrounding culture. Historically, the Benedict option coexisted with (say) a Charlemagne or an Alfred option: some deployment of royal force both to support the monastery's existence and to ensure its influence. You might, I suppose, argue for a dhimmitude option, in which Christians become a barely tolerated minority in a secular state, but I'm pretty sure that doesn't sound very attractive (even if the reality in some places may well end up rather like that).

Well, what's my alternative? Again, let me make it clear: I don't have one. But that is because I am a limited human being with limited knowledge and sensibility: I am not a Moses. I am still less Christ. Even St Benedict didn't have the answer. None of us have to provide the answer or the analysis. Find what you can think of doing and do it. If you can found an Amish like community of Catholics, do so. Certainly, make sure that you pass on Catholicism as far as you can to your own children. Write books. Pray. Fume quietly. None of this will be enough, but each knot at least chewed at will bring us closer to the unravelling.

But let me be slightly more useful and suggest two strategies that I haven't seen suggested. First, there is the Aesopian Catholic. (I owe this thought to my reading of Melzer on Strauss which I hope to come back to.) Learn how to speak so that the surrounding culture leaves you alone but your associates understand you. Become cunning in the same way that dissidents in the USSR became cunning. Live publicly but esoterically. Second, become a Catholic cosmopolitan. Whatever your local circumstances, live intellectually (and really) in the Catholic cosmos. Read foreign Catholic publications. Absorb Catholic culture. Learn Latin if you can. Improve your Romance languages (how many of us learned no French at school?) and follow Catholic thought in that language. (For how many of us have the Cathos of France been a recent inspiration? ) If languages elude you, follow the American Catholic intellectual world. Use MOOCs and online syllabuses to educate yourself. Live as a Catholic cosmopolitan with Catholics across time and space. (Get on that flight to Florence!)

Let me repeat: no one strategy will work and all, moreover, have their dangers. (The Aesopian Catholic will always have a tendency to fall into dishonesty and to allow the dominant culture to rest unchallenged for example.) Those who do possess big cultural guns should use them: there are enough Catholics still in positions of political and cultural importance for us not to abandon that weaponry until we have to. But the rest of us (the guerrilla Catholics perhaps?) must do what we can with pitchforks or at least podcasts.