Preaching to the unconverted 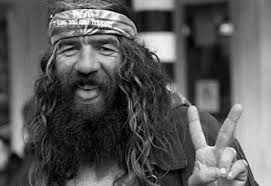 I'm embracing my inner hippy on this one...

I've been struck a couple of times recently chatting to the 'young' (as one does) that a not uncommon type is 'pretty decent half Catholic'. You talk to a twenty year old or so, get thinking that they've pretty sound on a lot of things (solid grasp of the importance of family; not too materialistic; just a fundamental sense of decency) and, you sort of half suspect that or wonder whether they've had a Catholic upbringing. And 9/10 (based on an entirely objective, scientific statistical sample) they have. (They might even still go to Church.)

Now it's quite likely that this 'pretty decent half Catholic' (PDHC) will also hold views that make any orthodox Catholic squirm. Typically, they'll be in favour of same sex marriage, abortion (though perhaps only allowing the freedom for other women to choose), aardvarking outside marriage etc etc. If you push on this, you'll probably get some sort of response along the lines of 'well, no one takes the official line on this seriously anymore' or the sort of blank look that anyone could still be so homophobic and sexually repressed whilst not painting themselves in woad.

I mentioned in my last post the strategy of 'Aesopian Catholicism' (basically disguising your true thoughts, and, in the broad sense I'm going to be using it here, 'keeping your head down'.) Although there's more to be said about this, I'm not advancing this as a particularly good strategy. But it is certainly a current one. And if you're a moderately serious young Catholic who, while not rejecting Christ or the Church, is probably more interested in the opposite sex and in the daily business of life, it's entirely understandable. ('No one takes that seriously anymore' is probably translatable as 'Look, let's drop this subject' in many cases.)

There's a knock on effect among the clergy. If you have a congregation of PDHCs, even if you're the most orthodox, fire breathing priest imaginable, you might wonder precisely what to do with them. Get too rigorous and you'll probably drive what are, after all, sinners needing mercy and the sacraments across that line that takes them completely out of the Church. Say nothing and you're simply complicit in their slackness and ignorance and removing any possibility of maturing in the faith and morality. I think this explains much of the fairly well known 'Father Nice' syndrome: just as it's easy for a PDHC to forget the teaching of the Church in the effort to keep out of trouble, so it's easy for the Father Nices of this world to forget what the Church actually teaches in an effort not to drive off the (half) well -disposed but ignorant.

Solutions? Absolutely no idea. Screaming at them they're all unbelievers and are going to roast in Hell probably won't work in more than a few cases. Keeping silent about the depth of the Church's teachings and vision is cheating them of a chance of growth. But again the Benedict option is useless as a total solution. (It might work as a reservoir for PDHCs, but you then need to talk about how you establish aqueducts to distribute the water/teaching to the parched.)

Mediaeval Catholicism has often been mocked as presenting itself as a) a spiritual elite  who b) sneaked sinners into Heaven by a mechanical application of sacraments (grace) instead of effecting true conversion. Whatever the truth of this criticism, it's perhaps worth reconsidering the merits of such an approach. Whatever its dangers, such a view does correctly acknowledge the state of most people (and I include myself in this). I need grace and frankly I need a Church that is going to try to save me as a PDHC myself. And since (given the absence of autos-da-fe) I'm not liable to be frightened into submission, I'm gong to have to be persuaded, seduced even. From my standpoint, you could have sermons on sexual morality till the cows went home: the advantage of age is that stops being so much a problem. But being a smug comfortable git? Well...

More the setting out of a problem than a solution. But here's a suspicion. The priesthood, certainly in its everyday parish variety, is not well placed to seduce into the depths of Catholicism. In part, this is a matter of time. If you have few priests and a decline in non-Sunday contact with parishioners, there simply isn't the number of hours required for such a seduction to work. In part it's a matter of position and formation. This is tricky to articulate, but perhaps one can get a sense of the difficulties here by imagining the problems of a priest or religious enthusing over Rubens' portrayal of flesh and sexual allure. (If it's done, I bet they'd only go and ruin it by going on about sacramental presence and the like. You need rather more of the earth and Crazy Jane's 'Love has pitched his mansion/In the place of excrement' and perhaps just the simple joy of being alive.) 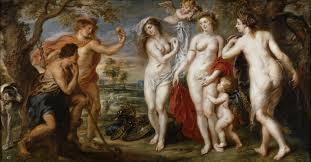 In sum, it's the laity and the culture which have to do the heavy lifting here. And the key problem (well, an important one anyway) is not to construct communities of the saints, but to work out how -as the Middle Ages did so well (and let's give Rubens and Yeats a place in the long middle ages)- PDHCs immersed in the pleasures of this world can still be led to the next one. Because if there are neo-benedictine communities, I bet I'll be one of those left on the outside with my sloth and lusts and my box sets of Breaking Bad wishing that someone would drag me, half despite myself, into heaven.
Posted by Lazarus at 09:31