The Synod on the Family 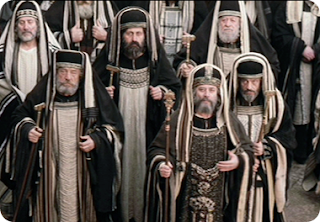 I've been trying to avoid getting swept up in the to-ing and fro-ing over the Synod on the Family. I've got a fairly uncertain temper and find it too easy to get dragged into pointless spats about a situation where information was uncertain and where I'd find it too easy to get worked up uselessly. Better for me at least to keep my mind on the permanent things... (Does that sound smug? Probably. But there is nothing I can do directly to influence the outcome of the Synod and I am aware of my character flaw of irritable excitability.)

But now it's over I think all Catholics do have a duty to reflect on the issues raised. So let's take the charge of Pharisaism or legalism which seems to bubble up against those who favour a simple reiteration of the Church's teaching on the indissolubility of marriage, with all its consequences for exclusion from Holy Communion for those who 'remarry' after a divorce. The debate seems mostly framed in terms of 'who is or isn't getting to receive Communion'. But that framing is itself, surely, precisely one aspect of Pharisaism.

Whenever I hear the word 'Pharisaism', I am reminded of (I think) Rabbi Hugo Gryn's remark that the Pharisees had got a bad press and, more generally, that the Pharisees who function as Christianity's bogeymen are also the ancestors of modern, rabbinical Judaism. The precise problem with the Pharisees in the New Testament is never really just the traditional Protestant accusation of the prioritising of works over faith (difficult to translate neatly into Catholic terms anyway) but rather a cluster of issues that need careful teasing out. But there are two aspects that strike me as central. First, there is the substitution of Law for Christ: the Pharisees do not recognize that God incarnate is walking among them. Instead of focusing on the Law, they need to pay attention to the source of the Law, Christ. Secondly, there is a failure to note the substance of the Law and to focus on that rather than on trivial detail: we get distracted by surface. Pharisees are not necessarily dreadful people: they are rather slightly distracted people.

Now applying these two observations to the Synod on the Family, it strikes me that focusing on who gets access to Holy Communion is to get distracted from the real question and the real centre of Catholicism, Christ. The point is not to get divorced couples to Holy Communion, but to get them to God (heaven). One of the central points of Catholicism is that God is much, much bigger than we can imagine. Unlike many Protestants who believe that they have the assurance of salvation (particularly liberals. Do people like Giles Fraser ever doubt for a second that they are on the right side* of God?) most faithful Catholics get the point that we will be judged perfectly: that no amount of external action or self-delusion can cover our hearts which will be perfectly known and weighed by God. Concretely, that means that there may be hidden in the life of the notorious sinner secret saintliness and in the live of the apparent saint the deepest corruption. (And hence those well known figures of Catholic literature: the whisky priest, Sebastian Flyte etc.) The sacramental system -and more generally, the thinginess of things- is needed to impart grace, but it would be a mistake to assume that there is a simple one to one mapping of receipt of sacraments and efficacity of grace. At its worst, there is a douce smugness about Protestantism and liberal Catholicism: we are gathered here to celebrate this morning that we are all OK. 'Turning up' and participation in the externalities of the sacramental system is the goal. Jesus loves us but he can't stand you...


But this is magical thinking. If I have divorced and 'remarried', there are any number of things that might be going through my head, from a simple disregard for any Church teaching whatsoever to a desperate (and holy) sense of my own inadequacy before a situation not of my making. There is no policy that will ever get the right external result here: inevitably, any sort of indvidual discernment or 'internal forum' will end up admitting the paradigmatically sinful to Communion and excluding the holy and wretched. Equally, there is no guarantee now in situations quite other than divorce that the right people get the right sort of admission to Communion. (Do I live too far from a Church? Will there be a priest available when I die?) If we tremble at the thought that some good Catholics are excluded from Communion, we should tremble equally at the thought that some bad Catholics are being invited to Communion to their own damnation.

Indeed, it's hardly plausible that the most common danger amongst modern Catholics is over scrupulousness and an overdeveloped fear of divine judgment. Much more common is a sense that morality and holiness is just about how you feel and what Lady Gaga has told you is right. Being excluded from Communion is suffering, but suffering ain't necessarily a bad thing. Ask Jesus...

In short, the question at the heart of admitting the divorced and 'remarried' to Communion isn't the Pharisaical one of getting people back into the external actions of the Church, but of how to bring them closer to Christ. 'The signs of the times' are surely that we generally think too highly of ourselves particularly in the West and have a (Pharisaical) tendency to think the whole point of the sacramental system is simply 'joining in'. It isn't. I have absolutely no doubt that some who are currently excluded from Communion by the rules on divorce and remarriage are closer to God than I am precisely because of the suffering they endure. Equally, I'm sure that most people clamouring for an alteration of the rules are full of a damnable sense of their own entitlement and too little of a trembling before judgment.

[*On the right side of God because, obviously, God is so left wing that anyone even as perfect as Father Giles is going to be just a wee bit righter...]