Linda Woodhead on 'no religion' 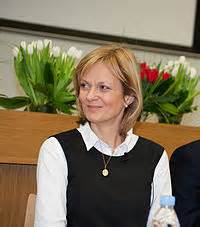 I've mentioned before that I find a lack of engagement with secularization theory one of the most problematic aspects of much reflection about the state of the Catholic Church. It's all very well suggesting that this or that change in (eg) liturgy has brought about a decline in Mass attendance etc, but that seems simply to ignore the wider changes in (particularly) Western Europe and the declining public place of religion in general there.

Lind Woodhead has been a central figure in that academic debate over the phenonomenon of secularization, and has, in broad terms, been a proponent of the view that religion is not so  much disappearing as changing into spirituality. Her recent British Academy lecture on the growth of the 'nones' (ie those who declare they have no religion) is well worth watching (an earlier parallel transcript of an interview is here):


I take the main messages of Woodhead's thesis to be thus:

a) The largest (and growing) religious identity in the UK is 'no religion'.
b) This identity is not the same as atheist or even agnostic. It is, in particular, not hostile to religion.
c) It rejects, in particular, religious authority figures and institutions, and is liberal in areas such as sexuality and family life.
d) 'Leadership' of this group is up for grabs. Unless churches adapt to this viewpoint, 'no religion' is likely to be captured by groups such as the British Humanist Association and steered into a more stridently anti-religious stance.
e) Churches such as those in Scandinavia and non-Western religions such as Buddhism have been more successful in influencing this group by turning themselves into spiritual paths which fit in with the 'nones' liberal ethos.

As a description, I think much of this is simply true. I do have severe doubts about e): Buddhism isn't terribly influential in Britain and I suspect that the lingering influences of churches in Scandinavia are more about lip service to a tradition than anything else. If that's the best that churches can do, I think I'd rather go down fighting than humoured as a marginal cultural tradition.

Where I do agree is that Catholicism (and frankly I don't much care what other ecclesial communities do) needs to offer itself as a spiritual and cultural path: in other words, we need to offer people a Catholic culture without insisting that they become fully signed up members of the Church. I say that, not because I don't think becoming a fully practising Catholic doesn't matter -it does- but because I think (normally, not always) full conversion is preceded by seeing the point of Catholicism as a belief system and as a practice. In a fight (or a culture war) I'd put my money on a culture armed with Alasdair MacIntyre. Walker Percy, James MacMillan and even Andy Warhol (and that's only a start) against one armed with Judith Butler and TOWIE. You can add to that personal colourful spiritual practices such as lighting candles and saying the rosary.

In other words, even if one accepts Woodhead's view that institutional Christianity needs to become a spirituality, it is possible to argue that Catholicism can offer this as an ancilla to rather than a replacement for the full religion. The Church teaches what it has always taught, undiluted and unchanged. But it encourages (hold the vomit) 'people where they are'. So you don't want an authority figure? Fine. Say a rosary and read Dionysius the Areopagite whilst listening to Byrd. Nobody's going to drag you to Mass if you don't want to go. Some will remain stuck there in a sort of aesthetic limbo. Well, no worse than many now and better than Dawkinsian know nothings.

The City of God will remain surrounded by the City of Man. A City of Man in which some of the spirituality of Catholicism is recognized and valued will be better than one which is overtly and consistently hostile. In other words, we need to practise a culture war (or at least a culture ooze) which is not directly aimed at getting people to be Catholics but at getting people to be catholicized. (By all means do the direct evangelism as well. This is not an either/or but both/and.) It might not work, but really it might. At the very least, people will get closer to their natural end and earthly flourishing, even if they do not attain their supernatural end.

The whole of Catholic art, philosophy and mysticism against... Well, after all, what?