Brexit and on not getting distracted 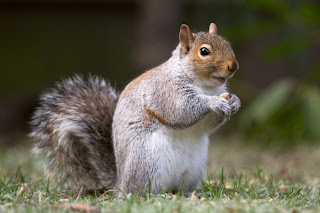 While I write this, I'm conscious of having made explicit or implicit promises to a number of people to write about particular issues on this blog and not yet having got round to it. Apologies. I remember who you are even if you've given up on me!

As is obvious, I'm easily distracted. Given this is my personal blog, I put up even less of a struggle against that tendency here than I would in other parts of my life. But as we enter into a series of processes around Brexit which could drag on for years, it's important that 'we' (ie all those who have broad sympathies with Catholic social teaching) don't get distracted by the epiphenomena of political life. One of the reasons why I've said little on Brexit here (besides cowardice and personal confusion) is that I saw little prospect of anything fundamental being changed by either result. Let's take again Russell Kirk's list of conservative principles as a rough starting point. Whatever emerges from the complex series of energies that will emerge from the event of Brexit, I see no likelihood of the secularising demolition of the little platoons being reversed by a UK government. David Cameron's resignation speech betrays many of the obsessions of modern politics:

When you add into that the inevitable problems with Scottish Independence that will arise as a result of an Independence referendum that made much of the dangers of Scotland being forced out of the EU being trumped by an EU referendum that has forced Scotland out of the EU against the overwhelming popular Scottish vote, there are more than enough distractions to keep us all going for a while. But, to repeat something I've said many times before, unless some people are thinking and talking about the more permanent things of the polis, we will find ourselves arguing about squirrels rather the fundamental and harmful changes in social life that almost everyone in ephemeral politics seems to find agreeable.

Just for a starter:

a) The absence of any sort of supernatural order and end which underlies ephemeral politics and a culture which feeds the soul.
b) The importance of nation and national culture and the inadequacy of the remains of imperial nationalisms to do justice to this.
c) The need to preserve natural family life as the primary vehicle of individuals' engagement with the past and the future.
d) The promotion of the little platoons of civil society.
e) The promotion of international order which respects subsidiarity and escapes from bureacratic, progressivist technocracy.

As a coda, I note that Patrick Harvie in The National is making similar sounding noises to me although in substance from an entirely opposed position:

But the underlying problem will still be there whether the result is Leave or Remain – the need for a compelling politics of the common good that is internationalist and unites people instead of dividing them. Greece and Spain have shown that this is possible, and the ground for it seems more fertile in Scotland than in much of the UK. But there remains much work to turn that potential into reality across Europe as a whole.
Scotland can play an important role in that, building relationships with progressive forces across Europe, and whether our immediate goal is now to defend our rights as current EU citizens in the wake of a Brexit vote or, as I fervently hope, to ensure that Scotland’s voice is heard at the EU table with the UK as a remaining member state, we’ll need to keep all options open.

To borrow the metaphor I've used before, progressives like Harvie have established the landscape within which all ephemeral politics is now conducted. Unless (at least sometimes) we take our eyes off the pretty squirrels running around in this landscape and start exploring the landscape itself, there is little hope for the politics of the future.