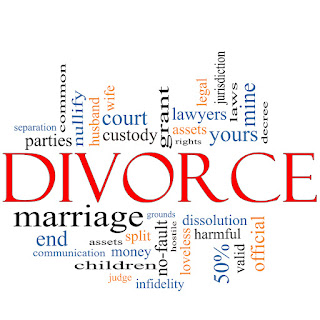 It's sometimes worth pausing to focus on a particular real life event, trivial in itself, but revelatory of a wider issue.

I argued in my last post that the consequence of Amoris Laetitia would be a weakening in the Church's teaching that marriage is indissoluble. Here's an immediate example of the harm being done. The Scottish Review (which frankly has little interest in the Catholic Church normally and no evidence of any special theological expertise) has as a Thought for the Day the following paragraph which it excerpted from The Tablet:

The acting head teacher of a Catholic school in Gosport, Hampshire, has been told he is disqualified from applying for the full headship  post simply by virtue of the 'irregular' status of his marriage. Because he is divorced and remarried he cannot be 'a practising Catholic'. Yet nobody reading the text of Amoris Laetitia, Pope Francis’s apostolic exhortation on family life issued earlier this year, could honestly imagine that this is the sort of thing he had in mind. Except to condemn it.

(The Scottish Review 'Thought' can be found (at least when this blogpost was written) in the right sidebar of this page here. The original Tablet editorial (the key bit is outwith the paywall) is here.)

The article on the local newspaper's website (here) says nothing about the background to the divorce and remarriage except that this is what he has done and, as a result, the Catholic archdiocese has applied normal Church policy:

A spokesman for the Catholic Archdiocese has said that the decision is national policy within the Catholic church.He said to be appointed a permanent headteacher, an applicant must be able to sign the memorandum of understanding in which they would state that they are a practising Catholic of good standing.

Now, neither The Tablet, nor The News nor The Scottish Review has applied anything like a process of careful pastoral discernment to this case. Instead, the reasoning is simply, 'This man is divorced and remarried. The Church ought to accept this. Because Pope Francis.' Or as The News quotes a parent: ‘The school takes children from all faiths and they need to get into the 21st century.’

I've read Amoris Laetitia, and I honestly don't think that Pope Francis, whatever else he may have in mind, thinks that simply knowing that someone is divorced and remarried is enough to make them 'a practising Catholic of good standing'. But there it is. That's how the message about a careful process of pastoral accompaniment is heard in the modern West.