The permanence of marriage: a sheep replies 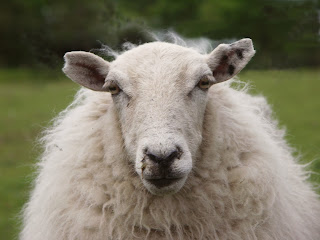 Unlike a great many other Catholic bloggers, I don't really have a problem with Austen Ivereigh. It's difficult being a public Catholic, and, on the whole, I find myself agreeing with him far more than I disagree. That said, Ivereigh's article in Crux I thought was pretty dreadful.

The one message I’ve had from other bishops and cardinals I have spoken to this year in preparation for a new book is that what AL calls for can only be grasped by a pastor.
Only one who understands the complexities of the workings of sin and grace in a person’s life grasps the paradox: that to insist on the universal, equal application of the law in all circumstances is to contradict God’s supreme law of mercy, which puts the individual before - not above, but before - the law.

One of the things that is pretty evident among those who have their worries about Amoris Laetitia is that many of us are parents. Anyone who is a father or mother of teenagers and young adults (or is peering into the  gloom of that approaching age) will be fully aware of current sexual and social mores: it would an understatement to say that they are not conducive to human flourishing. The Catholic Church is the one institution that has retained the utterly clear (and traditional) message on sex: there are only two choices -sex within a lifelong marriage or abstinence. Now most of the defenders of a loosening of pastoral acceptance of second 'marriages' do not explicitly claim that they want to overthrow traditional teaching as I've just stated it. But frankly, in my judgment, as a parent, a teacher, and just someone who engages with a lot of popular culture, that's what this sounds like. It's sending an incredibly misleading message that the Church now believes what everyone else believes: that marriage is really, to adapt Johnny Rotten's words, two minutes of squelching. (Perhaps accompanied with some pious wishes which we all know won't be fulfilled.) That's not, apparently, a pastoral response. But sheep have their expertise as well, particularly where it comes to pastoral efficacy. As Aristotle puts it (Politics III 11):

Moreover, there are some arts whose products are not judged of solely, or best, by the artists themselves, namely those arts whose products are recognized even by those who do not possess the art; for example, the knowledge of the house is not limited to the builder only; the user, or, in other words, the master, of the house will be even a better judge than the builder, just as the pilot will judge better of a rudder than the carpenter, and the guest will judge better of a feast than the cook.

Moving back to Ivereigh:

It says: Let’s hear this particular couple’s history and see where sin has created blockages and wounds, and where God’s grace is needed.
[...]
And in some, rare cases it might lead, yes, to being admitted to Communion where the lack of subjective culpability is beyond doubt, where, for example, an annulment is impossible, where the marriage is irrecoverable, where there are children by a new union, where a conversion has taken place in a person that creates a new state, and where the notion of ‘adultery’ simply fails to capture a reality.
[...]
One bishop in South America whom I recently interviewed, when I asked about Chapter Eight of Amoris in an interview, kindly but firmly cut me short. “I can’t talk about that,” he said. “Every case is different.”

Two gripes here. First, I'm sure there's a rigorous pastoral process that could be imagined -but how often will it actually turn out that way? (Declining numbers of clergy; bolshier laity with a strong sense of their own worth. How often, for example, does the process of the RCIA (which sounds awfully rigorous and pastoral) turn out that way?) Secondly, the weakening of the Church's discipline is public. The (imagined) rigour of the process is private: the world will only see the abolition of an important symbolic line.

So, too, will the lay elite intellectuals and journalists who continue to scream that the entire edifice of Catholic teaching on indissolubility will unravel as a result, and construct elaborate arguments that AL cannot possibly say what it says.
It is not easy for young converts fleeing the Anglican doctrinal muddle in search of rock-like objectivity, and who saw the synod through that prism.

I'm not constructing an elaborate argument here. I'm simply noting that almost no one thinks of marriage as a lifelong, exclusive commitment for the purpose of procreation anymore, and that the secret pastoral process which seems to be envisaged by AL will only worsen that situation. As a not so young convert (and who are these 'young' converts of whom he speaks? Young Father Hunwicke?) from Anglicanism, it wasn't just the doctrinal muddle I fled but the pastoral muddle, where every (divorced/gay/louche) Rector made stuff up on the spot under the guise of pastoral expertise. Sound familiar?

Here's one thing I do agree with Ivereigh on. Some of the attacks on the Holy Father I've seen online are terribly wrong. He is owed respect and -moreover- he is right in much of what he says and effective in how he says it. Equally, however, when leading Churchmen and philosophers question the wisdom of some interpretations of Amoris Laetitia, even if that questioning is uncomfortable and unwelcome for those impatient to get with the programme, that is not dissent but reasonable debate. And if you want a 'messy Church', debate is what you're going to get. Just let's make sure we do it without slagging off other Catholics, even if they are 'four mostly retired cardinals'.

[My overall view of Amoris Laetitia remains roughly as here.]
Posted by Lazarus at 13:30