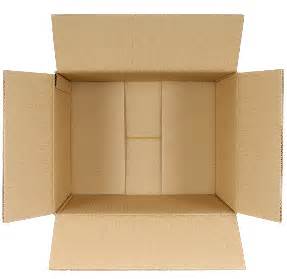 Interiority...
Following on from my last post, I have started reading the exhortation and the burgeoning 'secondary literature' (tweets) surrounding it.
Taking one bit, there seems to be a lot of commentary around (from section 301-2):
﻿
Hence it can no longer simply be said that all those in any “irregular” situation are living in a state of mortal sin and are deprived of sanctifying grace.
And (footnote 351):

In certain cases, this [i.e., the Church’s help toward him growing in grace and charity] can include the help of the sacraments.

I would also point out that the Eucharist “is not a prize for the perfect, but a powerful medicine and nourishment for the weak” (ibid., 47: 1039).
Some thoughts:
1) Taken at its word, nothing here is objectionable. Sinners are not cut off from sanctifying grace. Sacraments can (in some circumstances) help. Nothing is said in plain words about (eg) admitting the civilly 'remarried' to Holy Communion.
2) It might be objected to 1) that, taken in the light of 'commonsense', the obvious teaching to be taken from the above is, however, that those in illegitimate relationships should be admitted to Communion. Perhaps. But it certainly doesn't have to be read that way.
3) It's (only) an exhortation. It's 60,000 words long. The current Pope doesn't go in for detailed scholastic theology but pastoral encouragement. I'm  not sure anyone can write 60,000 words in a text intended for popular consumption and not have some bits that might be better expressed or might in some way be misleading. (I'd probably go further: it's unlikely that such a document wouldn't contain error.) I don't think we should be looking at this document in forensic detail but at its gist.
And it's that gist that I want to look at. It's a reasonable thought that Vatican II and Pope Francis are trying to grapple with 'modernity' (and perhaps even 'postmodernity'). One of the aspects of modernity is that of subjectivity or interiority. The rough thought here would be that a purely external teaching of the Church (perhaps expressed as a rule of natural law) has, in modernity, to touch the interior life of a person rather than just be imposed by authority.
This (rough and ready) thought isn't one confined to Catholicism. Bernard Williams, for example, comments on the impossibility for the modern mind of taking meaning (in this case teleology) as being unproblematically located in the external world but having immediate internal moral implications:
Aristotle saw a certain kind of ethical, cultural, and indeed political life as a harmonious culmination of human potentialities, recoverable form an absolute understanding of nature. We have no reason to believe in that. Once we lose the belief, however, a potential gap opens between the agent's perspective and the outside view.
[Ethics and the Limits of Philosophy, 1993, p.52]
Williams' solution to this gap is in very rough terms the idea of life as a reflective personal project:
Williams' denial of the possibility of external reasons thus underwrites his views on a whole range of other matters. Together with his scepticism about any and every kind of system of morality, it is perhaps the most fundamental motif of all in his thought. And though the internal reasons thesis too is, in an important way, a negative thesis, it clearly doesn't follow that it has no positive results, nor that it was a thesis that Williams himself held only as an abstract view in philosophical theory. At the outset of his writing career, he took for his own “a phrase of D.H. Lawrence's in his splendid commentary on the complacent moral utterances of Benjamin Franklin: ‘Find your deepest impulse, and follow that’” . Thirty years later he added, when looking back over his career, “If there's one theme in all my work it's about authenticity and self-expression… It's the idea that some things are in some real sense really you, or express what you and others aren't…. The whole thing has been about spelling out the notion of inner necessity.”

Now whether that is a satisfactory total replacement for the Aristotelian-Thomist view of natural law is one question (I don't think it is). But it does seem to diagnose the essence of one aspect of modernity and, indeed, modernity at its best: that we have to live out our lives with authentic reflectiveness rather than simply taking the dictates of authority by obedience. (Think Kierkegaard.) So if Catholicism is to speak to modernity it has to speak to that aspect of authentic reflection: it's absolutely no use simply pointing to the natural law or Church authority unless, in some way, those addressed have internalised those sources.
So one thought that I am reading Amoris Laetitiae with is that (as Vatican II and, perhaps most effectively, St John Paul II) Catholicism in modernity has to address people with the language of the interior life. Exploring seriously the breakdown of a marriage and what you have done since is something any Catholic in that position needs to do. If that is read as simply a process that is a fudge for giving adulterers Holy Communion, well, there is no way to stop the abuse of any process. (Imagine Pope Francis did not exist. Would you expect such an abuse not to occur either?)
So one thing I want to say is that there is indeed a truth about the horrendous expression 'meeting people where they are': the Church does have to engage with the modern 'subjective turn' if it's going to be persuasive. But the other thing that needs to be said is that, in other ways, modernity needs that subjective turn as it is currently absent. I was talking recently to a friend about the domination (or at least the strong presence) of the alternative right within computer engineering. To cut a long story short, you have the strong danger of some of the most powerful people in the future being pumped up on the short of quick solution based, intellectual short windedness typified by New Atheism: there is little sense of the hesitant exploration of the inner life and even of kindness. More generally, while modernity encourages a sort of formal freedom to be whatever you want, it is severely lacking in the practices of using that freedom wisely. It is here that Catholicism offers perhaps the most obvious resources to modernity.
In fine, Amoris Laetitiae will not be perfect. It is too long and the wrong sort of document. But at its heart seems to me to be a recognition that what modernity lacks most (and, paradoxically, what it thinks is its strength and through which it wants to be addressed) is that interior life and the practices of that interior life. Although I've only started to read it, it strikes me that, as a whole, it is quite a remarkable thing: a poetic exhortation of the goodness of marriage and the family in a world that, at least in Scotland. seems to think that children are best served by bureaucrats of an indeterminate gender rather than natural parents. Whatever is unsatisfactory about it, that seems to me to be remarkable: it's hard to think of any institution other than the Catholic Church which could produce such a thing with such a media impact.
﻿
Posted by Lazarus at 00:00